One thing most Manchester United fans all agree on, is the need for a robust, bossy midfielder, and have been linked with so many big money players who don’t seem to be willing to join the club. However, there are some that may be easy to get that moyes seem to have put as his last resort or may not want to sign.

Here are the analysis of 5 top players in Europe that would fit into the Moyes’ Manchester United midfield, perfectly! 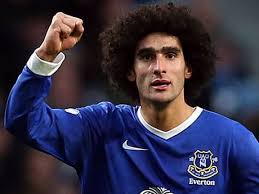 Strong, Tall, Fast, ability to hold the ball and score goals regularly. Marouane Fallaini is a nightmare for even the top defenders of the premier league. He can play both as a playmaker and a striker. David Moyes being the former manager of Everton, it would have been a perfect fit and he could have easily bought Fellaini while his release clause was still active. However now that the release clause has expired it seems United will have to offer good. amount of money if they want to buy the Belgian midfielder. 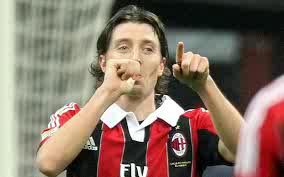 With a very good technical ability, creativity, range of passing and versatility Montolivo can play anywhere in the midfield but his two main roles are deep-lying playmaker and attacking midfielder. Montolivo is also a regular starter for Italy, and is hoping to be part of the squad for the World Cup in Brazil. The current AC Milan captain’s experience along with all his other attributes might just be what’s missing in Manchester United’s midfield. 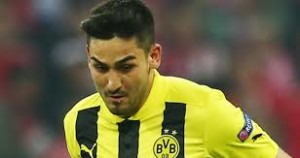 Gündoğan is one of the best midfielder’s in the world at present. Usually a playmaking central midfielder Gündoğan is best known for his passing abilityand technical qualities. Manchester United could look at Gündoğan as a midfield option for buying in this transfer window. 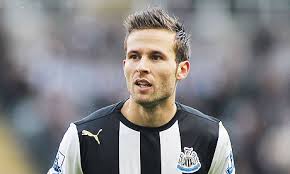 Cabaye is a box-to-box midfielder who possesses excellent vision and great ball control and provides great technical quality. He is also known for his free-kick and penalty taking abilities. Cabaye also has great work ethic which would make him a suitable midfielder for Manchester United to buy. 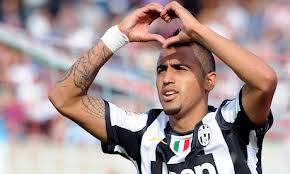 Vidal is also a box-to-box midfielder with the ability to assist both in defense and attack. He is a very hard-tackling and tenacious player. The Chilean able to drop deep to either pick up possession, track runners to nullify off-the-ball movement made by the opposition. Along with his defensive attributes Vidal can also score goals too. All in all, Vidal could fit into Manchester United’s midfield very nicely.