Top 5 Pocket Friendly European Cities To Travel To From Nigeria

It might no longer be news that amongst the most popular and the most visited cities in Europe are London, Rome and Paris, but they are also the most expensive to visit. As a known fact that Nigerians love to travel outside the country and even the continent for their holidays and honeymoon, there is now no need for you to cancel your plans to travel to Europe, as there are other awesome alternatives, considering the fact that most cities in Europe are equally beautiful. 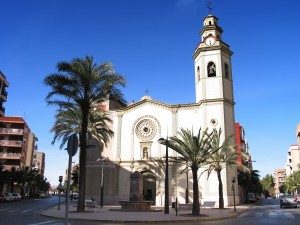 Located in the Central-Eastern part of the Island of Malta, and with a small population of just around 6,966, this cute European city is still home to some historical buildings from the 16th century, built during the rule of the Order of St. John of Jerusalem, also known as Knights Hospitaller. This city by the sea also has cheap hotels and self catering homes.

Facts About Valleta:
* Parts of the Steven Spielberg’s Academy Award nominee film Munich were shot in Valletta.
* Valletta is featured in the video game Tom Clancy’s Splinter Cell: Conviction.
* In the popular computer strategy game, Age Of Empires III, Valletta and its surrounding areas are featured as the base of the main protagonist, Morgan Black, and is the setting for the first two levels of the game.

Flights from Lagos, Nigeria to Valletta, Malta start from N155,523.

Located in the western Iberian Peninsula on the Atlantic Ocean and the River Tagus, and has a population of 547,631, Lisbon is one of the oldest cities in the world, and the oldest city in Western Europe, which welcomes about One Million visitors daily for different purposes. Lisbon, approximately the closest European City to Nigeria, has a very good and cheap Transportation network as well as cost effective hotels.

Flights From Lagos, Nigeria To Lisbon, Portugal start from N143,533.

Bologna is the largest and the seventh most populous city in Italy. Famous for its ancient two towers, Asinelli Tower and Garisenda Tower, feel free to climb to the top and enjoy a wonderful view! Bologna is well-known for its food and for its politics, and is now regarded to be one of the most attractive cities in Italy, being full of character.

Flights from Lagos, Nigeria to Bologna, Italy start from N134,525.

After Madrid and Barcelona, Valentines the third largest city in Spain, with a population of around 800,000, In Valencia you can enjoy the spring next to the sea. The beaches and promenade come alive, allowing you to enjoy the sunshine and balmy temperatures that herald the coming of summer.

Valencia’s City of Art and Sciences is one the most popular attractions in Valencia. It is a futuristic cultural world that spans over five buildings and covers 350,000 square metres.

Flight from Lagos, Nigeria to Valencia, Spain start from N123,287 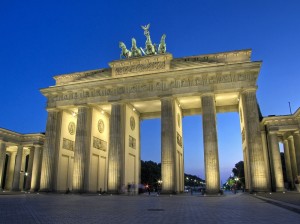 Known for the Great Berlin Wall which until it was pulled down, separated the East and the West, Germany is also a giant in the area of technology. The cost of living in most parts of Germany could be expensive but surprisingly, Berlin is pocket friendly.

Flights from Lagos, Nigeria to Berlin, Germany start from N117, 558

Note: All these rates were sourced as as May of 2014, and could change with time.