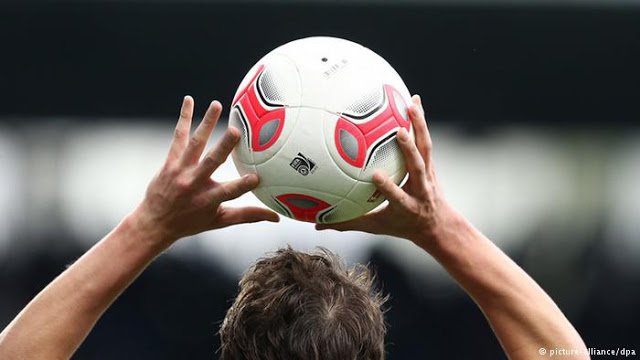 Soccer’s world governing body has introduced the biggest package of rule changes in its history. In many cases they may seem like minor details, but in others, they are actually meant to simplify things.

With just 10 days to go until Euro 2016 kicks off, FIFA has introduced changes designed to improve the beautiful game. The eight members of the International Football Association Board (IFAB) got out their erasers and eliminated around 10,000 words from the rulebook. Here are the 10 most important changes:

1 Penalty: If a player (such as Barcelona superstar Lionel Messi) stops and starts in his run-up to the ball – in an effort to try to make the goalkeeper move first, he (or she) is to be given the yellow card. The opponents will also be awarded a free kick. A short hesitation is allowed, but not a complete stop.

2. Triple jeopardy: Until now, hand-balls and fouls in the penalty area have often resulted in a defender being given a red card, a penalty and a suspension. In future, the referee will have the discretion to hand out a red card only when he deems that there was intent. If he determines that the offender tried to play the ball but still fouled, he is only to be handed a yellow card. Until now, if the referee deemed that a cast-iron scoring chance was prevented by the offender, the rules obliged him to show red, whatever a defender’s intent.

3. Sending off: The referee will no longer only have the power to hand out red cards during the actual match, but also before the opening kick off, if a player conducts himself in an unsportsmanlike manner. In this case, the offender’s team would still be allowed to start the match with 11 players.

4. Breaks for the treatment of injuries: In future, if the physio’s magic sponge can get the player back onto his feet within 20 seconds, the player won’t have to leave the pitch. Until now, any player who required treatment has had to leave the pitch and could only return after getting permission from the referee.
5. Kick off: Until now, the ball has had to be played forward. Now the player performing the kick off also has the options of playing it backwards or sideways.

6. Attacking wall: For a time there was a trend towards attacking teams positioning players in amongst a defense’s wall with the purpose of screening the goalkeeper’s view. This is no longer permitted.

7. Drink breaks: Since the 2014 World Cup in Brazil the referee has had the option, particularly on a hot day or evening, to order a break so that the players can have a drink. Now, though, he also has to include the playing time lost in this way to time added on at the end of the match.

8. Throw in: This must now be conducted with both hands pushing the ball forward with equal force from both sides. A throw in with one hand pushing more from behind and the other just acting as a support are no longer allowed.

9. Shoeless player: If a player loses his shoe during a match, play will no longer be immediately interrupted, but the player in question can continue to play without it until the next stoppage in play. Not only that, but halleluiah! The shackles are finally off, as the same also applies to a lost shinguard!

10. Underwear: Wait a minute… No choice here anymore! If a player chooses to wear undershorts that are longer than his shorts, these must now match the color of his team’s kit.