The One That Got Away: A True Life story of a broken Heart 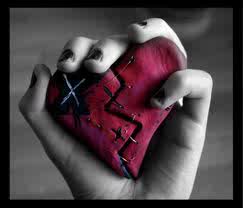 It all started for Bidemi when he just left secondary school, feeling all good with himself decided to become a model, there he met the most beautiful girl he would ever see.

Her name was Onome, she had eyes that would melt your heart, a character any man would be proud of, they became friends, she told him things she never told anyone else, soon they began to have feelings for each but he was scared to ask her out as she was too perfect for him.

Despite not dating, they couldn’t keep their hands off each other, they were like this for over 3 years, when he felt it was about time she officially became his girlfriend, he asked her out, but she was scared to say yes, but there was no doubt she was madly in love with him.

After much talk, on his birthday, she gave him his best birthday ever, she agreed to be his girlfriend. Bidemi said “it was the happiest birthday of my life”.

Things looked fine with them, he gave her anything she wanted, he knew what he had hence didn’t want to mess it up by cheating on her, her happiness was his joy, he wanted her friends to be jealous of her.

But soon he noticed she began to change 3 months later, he gave her the space she requested, and about a month later things looked back to normal. But one night they were together he noticed her attention was somewhere else, the morning after, he looked at her phone and saw she had been professing love to another guy, a guy which stayed in the same hostel with her. As expected he was hurt, but he didn’t still want to loose her as he felt another chance would make things right. But was not to be…..

He gave her another chance, but began to look like her heart was already somewhere else. They talked and she admitted to being cool with Bidemi but was in love with Ray. Then the writing became clear, he had to let her go.

The one person he trusted had hurt him so badly, he recalls promises she made to him, she said if Bidemi ever leaves her she could kill him, but look at what she has just done. He promised never to believe what any girl says again, as they are lies or they are lies waiting to happen.

But he still loves her, he can’t be with another girl as all he thinks about is Onome. Any time he sees her, the eyes which one where joy to look at, he nows sees pain in them. He seems to have it all but she is the one missing piece in his life and feels so incomplete.

Factors that makes a Relationship close to perfection.

Nov 23, 2022 Tosin Kolawole
We use cookies to ensure that we give you the best experience on our website. If you continue to use this site we will assume that you are happy with it.Ok