Nigeria, we hail thee,
Our own dear native land,
Though tribe and tongue may differ,
In brotherhood we stand,
Nigerians all are proud to serve
Our sovereign Motherland,
Our flag shall be a symbol,
That truth and justice reign,
In peace or battle honored.
And this we count as gain,
A banner without stain,
O God of all creation,
Grant this our one request,
Help us build a nation
Where no man is oppressed,
And so with peace and plenty
Nigeria may be blessed.

The words of the old national anthem before we adopted “Arise O Compatriots” in 1978. And no, i wasn’t born then. My father was in his 20’s then, and i did not show up till the early 90’s. And today i welcome you to an “Arise O Compatriots” version of Nigeria. The events of the last two weeks listed below

As a passive observer and a graphic thinker i can only assume that it is a musical concerto and they are calling on the entire orchestra to perform. I can picture a crescendo somewhere in the making, i cant say what it is but I an only hope its good. Now the points. 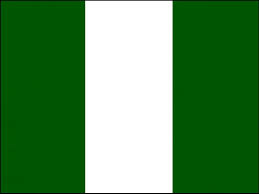 ASUU strike. “And thus i clothe my naked villainy with odd old ends stolen forth from holy writ, and seem a saint. when most i play the devil”. They say in Nigeria the formula for calculating graduation year is x+y. “x” being the stipulated amount of years of the course “y” is a variable HIGHLY dependent on ASUU. Now students are at loss whether the Union is really fighting for what is right and what is their right or its a mambo jumbo of cry baby and strict father. There blame to throw at both parties but neither of it will yield results.

Rivers State HOA mayhem. The last time i saw a video of a big stick being swung at another human being was in October 2012 during the Aluu community mishap. Five anti Amaechi lawmakers “overpowered” 25 pro-Amaechi lawmakers. The video was something to be read out of poorly scripted action movies but it happened here in Nigeria.

Al Mustspha. For the sake of those not familiar with the man accused with the murder of late Kudirat Abiola during the demonstration for the release of her husband late MKO Abiola by also late Gen. Sani Abacha for treason after declaring himself president in 1996 and 1993 respectively. Whether guilty or not i cannot say but he is a free man now, just so you know.

Patience Jonathan. Just yesterday our dear first lady fired back at Nobel Laureate, Wole Soyinka for putting her on the spot the ongoing Rivers State crisis. She described Prof. as an embarrassment. Let me not delve into the irony of that but we all know the stakes here. Prof. initially described her as a mere domestic appendage of power and called the president to “put his house in order”.

Until that crescendo i picture/dream/hope for comes to pass, we can only hope for the best in Nigeria…”O God of creation, grant this our one request”