How To Bypass Passcode On iPhone 5 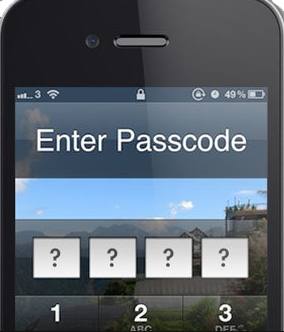 A video by ‘Videos Debarraquito’, a member of the YouTube community, was published weeks ago showing iPhone owners how to bypass the passcode on their iPhone 5 smartphone running on iOS 6.0.1, iOS 6.0.2, or iOS 6.1. According to several reports from bloggers, the latest version of iOS, iOS 6.1.2, which was recently released by Apple, still does not fix the passcode unlock issue.

( The image above shows the iPhone 5’s passcode screen )

How to bypass passcode on iPhone 5 :

How to check the iOS version of a device running iOS 6? :

To check the iOS version of one of Apple’s mobile devices (iPhone or iPad), go to settings from the home screen, tap ‘general’ from the left-hand sidebar, select ‘software update’, and the device should have what version of iOS the device is using (eg. iOS 6.x.x).

Note : Apple might release another version of iOS at any point in time, therefore, this tutorial might not work when that time comes. Be sure to check what iOS version the device is using to confirm that the bug exists that allows the user to bypass the passcode.