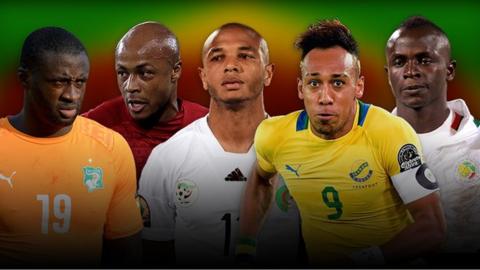 THE HOTTEST WIVES OF AFRICAN FOOTBALLERS:

Behind the success of every african footballer, there is a woman be it wife or girlfriend. Scoring on the football field is just as important as scoring at home with the right person.

And African footballer’s WOMEN are doing much more than manicures and retail therapy; they’re setting up charities, pursuing careers and looking after children that must be genetically blessed with both talent and looks.

HABANAIJA sends a shout out to the ladies as we count down the women who we admire for their brains, beauty and their boyfriends.

Sully and Menaye met in 2006 during the World Cup in Germany. It was love from then on; the couple got married in 2010. Smokin’ hot Menaye Donkor represented Ghana in Miss Universe 2004. She is a philanthropist and has even set up her own charity called the Menaye Charity Foundation, which supports a school in Ghana.  Sully Muntari plays for Al-Ittihad FC .

Ivorian Georgette formally married Cameroonian Samuel Eto’o in 2014. One of the most successful African footballers in history, Eto’o and Georgette had a traditional wedding in 2007 and already have four children together. The childhood sweethearts look as happy as ever.

The soccer legend who is 32 has four children with Georgette namely: Maelle, Etienne, Siena and lynn.

Former Super Eagles captain Joseph Yobo met Adaeze in December 2009 when yobo was on holiday during an off-season and adaeze was enjoying her last few months before embacking to New York Film Academy. Months later they wed in a small ceremony. Ada represented Nigeria in Miss World 2008. She has a charity foundation in Nigeria called the Adaeze Igwe Foundation, which raises awareness of serious illnesses like HIV, malaria and tuberculosis. The pair have one beautiful son together. They got married what is still termed the “oddest wedding of times” at mid-night of December 31st 2009.

Didier Drogba and Lalla Diakité got married in 2011 in Monaco (Akon, Michael Essien and Roman Abramovich were all on the guest list). The former Chelsea player and the Malian Diakité met in Paris in 1999. After 12 years of being together the couple wed. They have three children together and live a quiet life outside of the public eye. They had a more formal wedding in Monaco but we love the traditional African wedding they had. 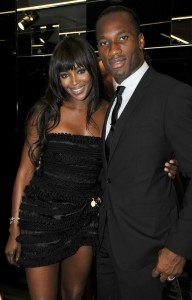 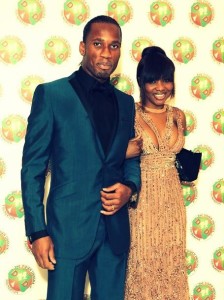 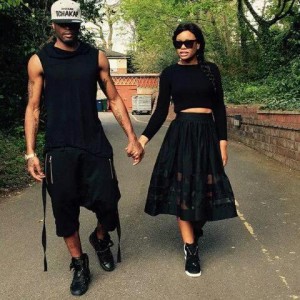 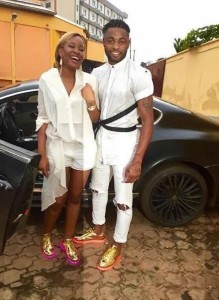