Domestic Accidents; Causes And Ways To Prevent Them 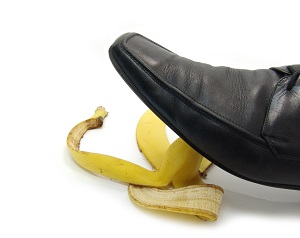 These home implements might seem harmless but if not handled cautiously by taking safety measures, the accident likely to occur might just prove as fatal as any other normal accident. Careless attitudes towards our homes can transform it into a death trap.

The increase in domestic accidents over the years past has become a major cause of concern as home keepers seem to be lesser oriented about keeping a safe home and applying safety measures regularly. Now the general and vital question is, what are the causes of these various domestic accidents and how can it be prevented?

Accidents never should actually happen. They are always caused by errors which are preventable.

The primary causes of major domestic accidents are;

How can these accidents be controlled since these domestic accidents seem to be inevitable?

These simple and basic steps must be followed at all times:

Always try to think and act right when at home. There can never be a complete list of all rules to follow to avoid home accidents. Common sense is necessary to prevent domestic accidents. Always be alert.

One thought on “Domestic Accidents; Causes And Ways To Prevent Them”