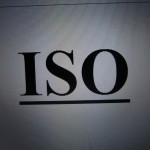 Confused by all that jargon, all those terms, abbreviations and acronyms? Never fear, my jargon buster is here!

Aperture Priority; A semi automatic camera shooting mode which allows you to adjust the aperture, while the camera chooses shutterspeed.

Buffer Temporary in-camera storage, used while the image is written to the memory card

CA Chromatic Aberration ‘purple fringing’. A unwanted effect occurring on all lenses to a certain degree, but some are more susceptible than others. Often found in areas of high contrast (differences between black and white)

CCD Charge coupled device, a sensor found in cheaper compact camera’s, usually those that are sub 5 megapixels. Very power hungry, they usually use 100 times as much power as CMOS sensors.

HDR High Dynamic Range; Taking several images, 1 concentrating on the highlights, one the lowlights and the third on the midtones. Merged together, image has high detail. Requires editing program, but some cameras have in-camera HDR

Histogram Shows levels of exposures in  pictures, found in editors (eg. Adobe Photoshop) and most cameras

IS Antishake, or Image Stabilization. An incamera feature helping avoid blur due to camera shake.

ISO International organization for standardization have adopted it, but it is not their acronym. Refers to light sensitivity. Darker the conditions, the higher the ISO required. Higher ISO also produces more grain (noise).

JPEG type of image file format. Acronym for Joint Photographic Experts Group. It is a form of lossy compression, meaning it loses detail when it makes the file smaller.

TV No, not a television, TV is a term for Shutter Speed Priority. It is used on Canon cameras and stands for Time Value.

This post is still under construction, I will add more abbreviations and acronyms soon.