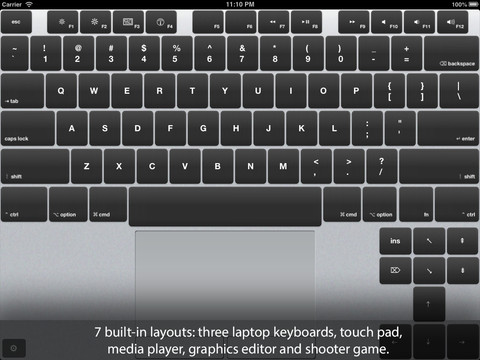 Air Keyboard is an application available for iPad running iOS 5 or later, giving the user the ability to use the tablet as a wireless keyboard and touch pad for a PC or Mac. It can be used as a substitute if someone is experiencing issues with a desktop or laptop, or just for fun. The app can either take advantage of the tablet’s native keyboard, or use a layout designed by the user.

The app supports 88 keys, and has a touch pad as seen on laptops. The user has the ability to create or clone a keyboard layout, as well as add a touch pad. The user has full control over the layout – choose the size of buttons, assign keys or hotkeys, etc. 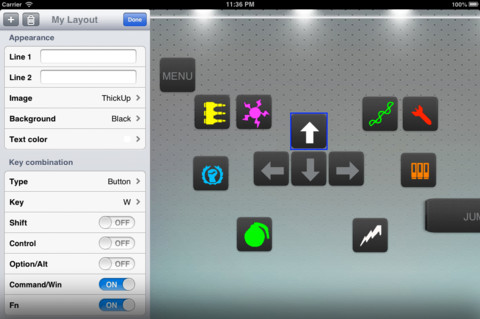 Does the app support multiple languages? – Yes. The application supports different languages with the default iPad keyboard. A screenshot can be viewed below : 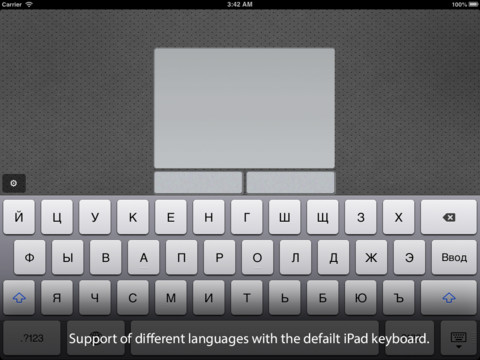 To take advantage of the application, the user will be required to download the Air Keyboard server to his/her computer. The program is free, and is only compatible with computers running Windows 2000, Windows XP, Windows Vista, Windows 7, Windows 8, or Mac OS X 10.6.6 or higher.

Once the software has been installed on the computer, boot up the Air Keyboard application on the iPad to scan for the computer. After the iPad detects the server on the PC or Mac, the user will have the ability to take advantage of the iPad and use it as a keyboard and touch pad.