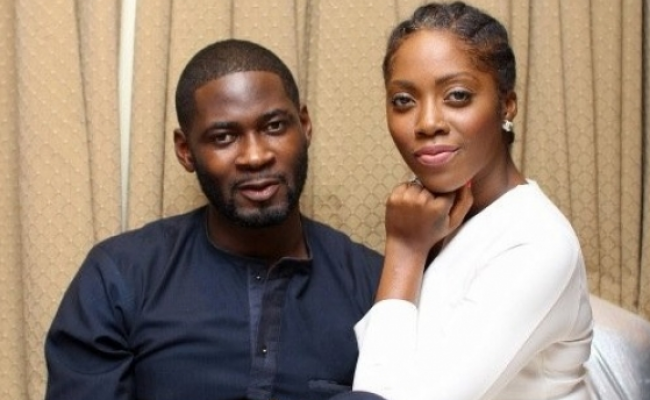 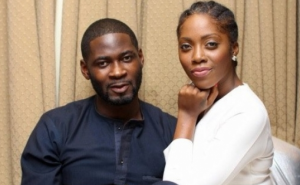 Mavin Records‘ first lady, Tiwa Savage has finally opened up on the allegations leveled against her by her husband of two years, Tee Billz, saying the 323 Entertainment head is in huge debt.

The Nigerian pop singer clinched alongside a feature only acquired by Pulse Nigeria to address her husband’s stunning allegations that happened on Thursday, April 28th, 2016

Earlier, we broke the story that the songstress would address the allegations her husband made on Instagram  in an exclusive interview.

Speaking with This Day‘s Azuka Ogujiuba, Tiwa who was close to tears during the entire interview revealed that Tee Billz has been living a lifestyle beyond his means.

Apart from buying things he can’t immediately afford, the singer disclosed that her husband is in huge debt of N45million and his creditors are already on his tail.

‘Since I sacked him from my management, he has been struggling financially. He was stealing from me, so I had to save my marriage and separate business from family.TJ wants to keep up with the Joneses, he wants to live a life that is not true. He went to buy a car, a Mercedes that he knew that he didn’t have the money for it. The person kept up calling that he wants the balance. I ended up paying the balance of over 3M.

When it was time to pay, I put the money in his account, so they don’t know I was the person paying for it. He also bought a Rolex, and didn’t pay the balance. They threaten to go to the press, and to protect my name, I will have to pay for it. He goes to clubs and leaves the tabs for me, and I have to pay for him. He is putting us in debt,’ she revealed amid tears.

She continued, ‘What set off all off this was that he went to borrow 45 million Naira from someone and he lost it. I just found out that EFCC was investigating a case against him, and my brother called me from London and confirmed it that TJ is in deep trouble, and that some people might hurt him, that I should be careful. In my frantic mode to try and suppress this situation I went to one of my big bros who can help.

A week ago I told TJ that we were running out of Jamil’s food, but he didn’t do nothing. He complains, but cuts his hair twice a week. I have been searching for N45M so that they don’t kill him, so that they EFCC does not carry him.