THE WORLDS BIGGEST AIRCRAFT THE AIRLANDER 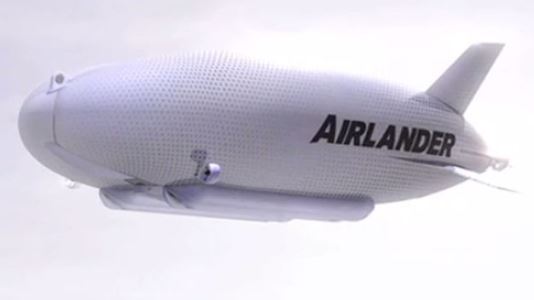 The worlds biggest aircraft The Airlander , and it can stay aloft for 3 weeks straight

The world’s longest aircraft is set to take its first test flight in a few days time.

The unique aerodynamic balloon-like shape of the Airlander 10 – which cost $100 million (£60m) to make – can fly for five days straight, carry around 10-tons of cargo and land on water.

It generates lift through being filled with helium and it can travel at a top speed of 92mph. 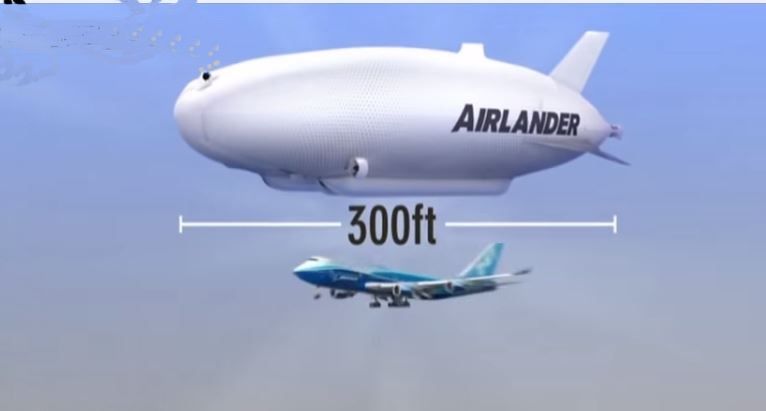 To put the size of the object into perspective it’s the length of a football pitch and as high as SIX double decker buses.

Its size alone doesn’t make the Airlander a scientific and technological marvel, the fact that it’s capable of hauling tons of cargo and can stay in the air for up to three weeks at a time should certainly catch your attention. But really, that’s not the most impressive aspect of the HAV — the gentle giant is actually capable of staying afloat for all that time completely without a human crew.

It’s been made by Bedford-based Hybrid Air Vehicles, and the designers are also rumored to be planning an even bigger version that will eventually be able to carry 50 tonnes at a time. 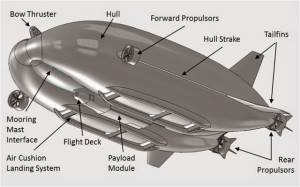 Strong enough to withstand even gunfire but completely silent, the Airlander 10 does not contribute in the slightest to pollution, and just may be the future of air travel (and travel as a whole). “You could put a hundred bullet holes in this, and you’d still fly for four or five hours before it became necessary to come back down,” Mike Durham, HAV’s chief engineer, said in an interview with The Verge. “They’re very damage tolerant. I could lose an engine — I could lose three.” And even if the Airlander did need to come back to Earth’s surface, it would do so gracefully, simply floating to safety with one of its four diesel-powered, V8 engines. 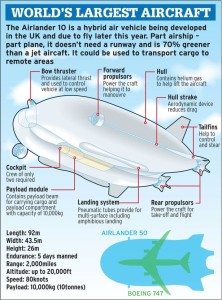 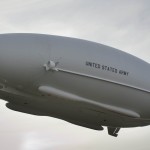 The company has received £2.5m of UK government funding to develop the technology and engineering for the project.

Hybrid Air Vehicles anticipate the Airlander 10 will be used for commercial endeavours such as leisure cruises, and for transporting cargo to hard-to-reach places.

The Airlander 10 – which can also stay floating, unmanned, for three weeks even with bullet holes in it – was originally developed from 2009 for the US Army, which abandoned the project.

Company spokesman Chris Daniels told Sky News: “It’s not an airship. It’s a mix between an aeroplane, an airship with a bit of helicopter thrown in.

“It uses the latest materials, it’s got the latest fly-by-night technology, avionics and computer software.

“It’s very much an aircraft for the 21st century.” 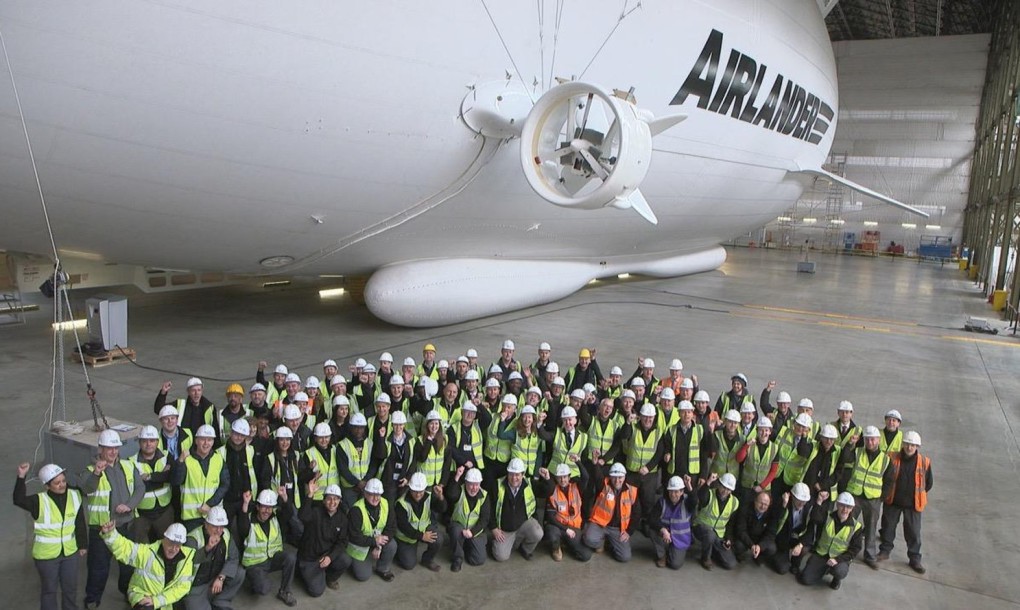 But aviation expert David Learmount questioned whether there will be a big demand for it.

He also told the channel The Airlander 10 was “highly specialist” and would not appeal to the “mass market”.