Suits for Men – pick the right suit for your body 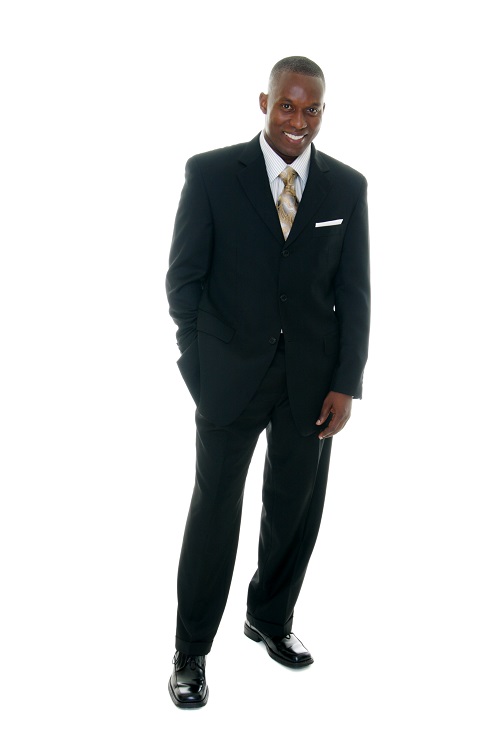 The right suit for you

After watching season one of Suits, and falling in love with Harvey, of course it makes perfect sense that I’m obsessed with men’s suits now. I’m not talking about tacky blazers o! Real, proper suits that make a man look like he’s worth your time. I mean the kind of suit you see a guy wearing and immediately board a thought train that takes you through the process of taking it off. *sigh*

Because of my newly found obsession, I’ve become more aware of the fact that a lot of guys don’t pick the right suit for their body. There are the ones with the sleeves that are either too long or too short, the pants that don’t quite fit, the shoulders that are too broad, *double sigh*. It’s really sad, and a bit disheartening. And I’m sure if I spend enough time trying to figure it out, I can come up with several reasons why wearing the wrong suit is some sort of abuse.

So, today, I’m going to be focusing on picking the right suit. Because I want all you guys to go out looking dapper :o)

You may or may not know that there are traditionally three types of suits – American, English, and Continental. Over time, it’s come to be that these three traditional styles have somehow blended into one another, and aren’t as distinct as they once were. However, it’s still advisable to keep them in mind when trying to pick the right suit for your body.
I’m going to explain to you how these traditional suits, in their modern form, are best suited to different body types. Hopefully, you’ll be able to pick up some useful tips.

When considering suit options, it’s important to remember the American suit was first made to suit American frames which were mostly larger in comparison to the Europeans, and so is best for those with larger bodies.

What makes this classic suit so perfect for today’s larger man?

1. The single-breasted, three-button blazer. Firstly, a three-button blazer will never go out of style. Never. Also, this blazer elongates the torso of a man who’s heavy-set, enabling him to look taller and thinner. Especially when the top button is left undone.

I’m not saying larger set men can’t wear a double-breasted blazer. Knock yourself out. In fact, the extra fabric will give your whole appearance a smoother look. And, as long as the lapels fall below your waist, the V-effect a double-breasted jacket creates will definitely make you look taller.

For those a bit self-conscious about wide posteriors, you might want to consider picking a jacket with double or side venting :o)

2. Plain-front pants. When picking a suit, make sure the pants are plain-front. These pants slim your tummy and pelvic region, unlike the pleated ones that draw all the attention right where you don’t want it.

These suits flatter those who have an average or athletic build. Because of its hacking-style jacket, which has a long shape, the slightly nipped waist, and flared bottom, the English-style suit kind of resembles a military uniform, and casts a bit of an authoritative air around a person wearing one.

Just like with a uniform, the suit tends to follow a body’s line quite closely, and highlights the chest. Also, the jackets cut to this style often have soft shoulders and shorter sleeves.

It’s easy to see how s suit would be good for those who have a more athletic build, isn’t it?

For taller guys, the jacket’s length will maintain a sense of proportion, and the extra pockets balance you out by creating more horizontal lines on your body. That way, you don’t look like too much of a freak show :o)

And for the guys that look more like Johnny Bravo, your V-shaped torso would be grateful for a two-button, single-breasted blazer. The lapels should sit higher up on your chest. This way, it takes attention away from the width/span of your shoulders. Because British-style suits have nipped in waists and tapered sleeves, there draw emphasis away from the torso region and focus on other areas. Perfect for the athletic-built gentleman.

What do you look out for in a traditional European-style suit? Well, they’re usually shorter in length, close cut, with small, high armholes, and severe shoulders. The continental suit is usually single-breasted with two buttons, and the pants have a lower rise, are slim-cut, and vent less at the back for further slimming.

I don’t think I need to tell the bulkier guys to avoid this style of suits like a plague. This style is properly the most high maintenance where physique is concerned, as even slim guys, who the style is traditionally cut for, can make an error by picking a suit that’s too tight. A blunder like this could have you looking like a kid instead of a man. Slimmer men should pick a suit that just slightly skims the body. That way, you add some flair and a bit of bulk to your look. Some guys with average build can pull of a European suit as well, but it’s a trial-and-error game until you find the perfect fit.

So, of course, you don’t HAVE to wear a suit every day. Well, some of you do… But still. Suits are a symbol of awesomeness!! Don’t put one on if you’re not going to do justice to it. It’s disgraceful 🙁

Hopefully, you’ve learnt a thing or two about how to pick out the perfect suit. When you go shopping, take someone with you, and TRY ON THE SUITS. Don’t just look at it on the rack and assume it’s a perfect fit.

Pick a suit that highlights your body’s strengths, and rock it. And when things as awesome as you look and feel start to happen for you, you can come back here and thank me

Look The Part With The Right Makeup

Important Tips for Wearing The Right Lingerie Every Day