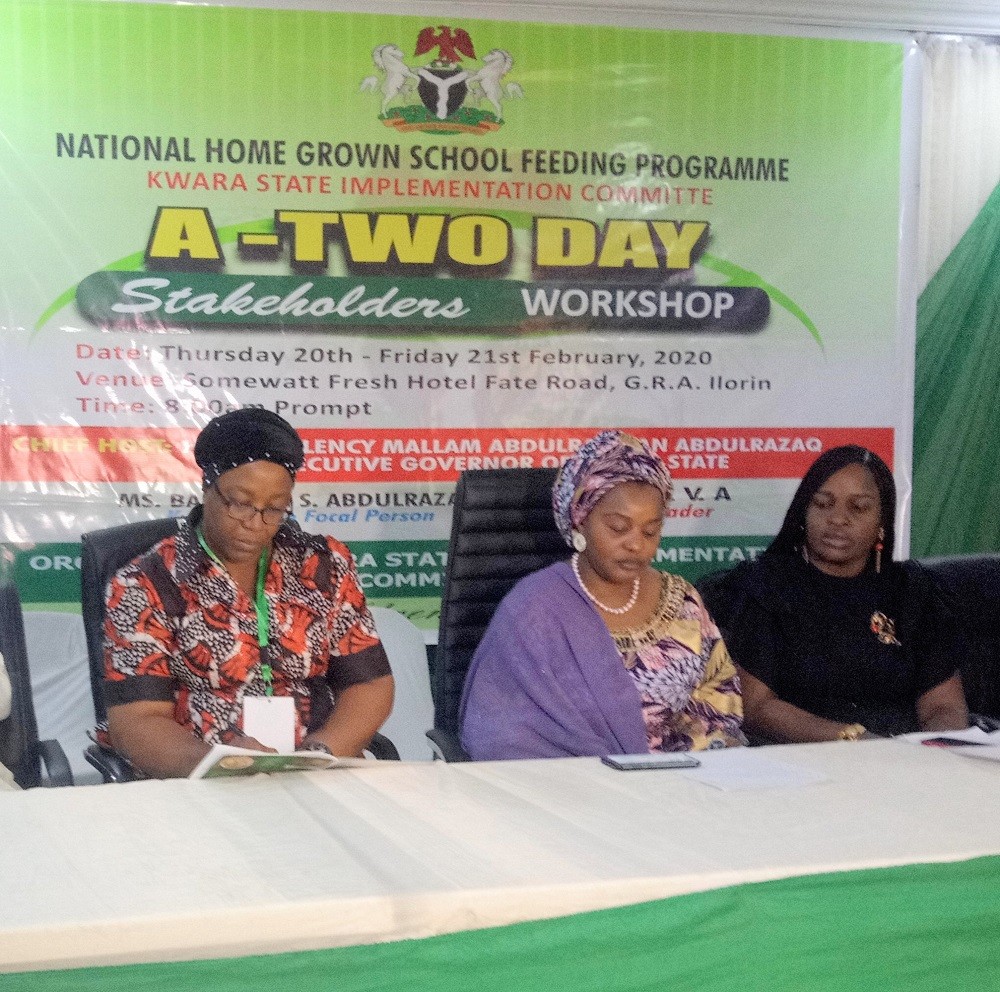 Over 8.6 million pupils of primary schools across 56,000 public private schools in 35 states in Nigeria have so far been enjoying daily free meals under the Federal Government’s National Home Grown School Feeding Programme.

The project which is targeted 12 million children across the 37 states of the federation including the federal capital territory, Abuja, was designed to cater for the children’s upkeep in school through provision of hot nutritious balanced meals on a daily basis.

“The feeding programme was originally conceived by the government to capture pupils between primary one and three. Currently, 35 out of 37 states including Federal capital territory, Abuja, have keyed into the feeding Programme.”

Kwara state is last but one after Bayelsa state, the state of the immediate past President of the country. Kwara state has concluded all arrangements to commence the free feeding exercise by the first quarter of this year.

This Nationwide school feeding programme was initially inaugurated in Kwara in 2017 during the regime of the immediate past Government in the state, but the programme could not see the light of the day owing to lack of funding.

However, hope now rises for pupils in kwara state as the state government on Thursday (February 20, 2020) conveyed a stakeholder meeting to herald the successful take off of the programme and join the league of 35 states which had already keyed into this national project.

The last Thursday stakeholder meeting shows that Kwara was fully ready for the scheme in the first quarter of the year leaving Bayelsa state behind as a lone state yet to comply.

The Senior Special Assistant to President Muhammadu Buhari on The National Home Grown School Feeding Programme (NHGSFP), Mrs Abimbola Adesanmi in her remarks at the meeting in Ilorin, the Kwara state capital, commended Governor Abdulrahman Abdulrazaq for being sensitive to the plight of vulnerable pupils in the state.

Adesanmi was happy that the kwara state is now starting with a big bang by enacting a law backing the Social Investment Programme at the state House of Assembly and also ready to scale up the programme from primary four to primary six.

The President’s aide explained that the ultimate aim of the project was to provide one hot nutritious meal to pupils across the country with a target of 12 million pupils from primary one to three in all public primary schools in Nigeria.

She was optimistic that the current 8.6 million figure would jack up when Kwara state begins the feeding exercise later in the first quarter of the year 2020.

The Kwara stakeholders meeting featured representatives across the 16 local government areas of the state who converged at the Fresh Hotel, Ilorin, to brainstorm on the successful take off and smooth running of the exercise in the state.

The Home Grown School Feeding Programme model was meticulously designed by the government to increase the school enrolment by providing meals to school children and at the same time create job opportunities for local farmers and empower women as cooks. The project equally builds the community and sustains economic growth from farm to table.

The project has so far provided job opportunities for 107,000 cooks across the country who have been empowered through the scheme, while over 200,000 small holder farmers have also been engaged to supply food stuff for the programme.

It is a thing of joy to note that Kwara is extending the programme to capture all primary school children in the state being the fourth state to do such comprehensive school feeding after Akwa Ibom, Kaduna, and Osun states respectively.

Justifying the social, economic and educational advantages of the scheme in the state, the State Focal Person for the School Feeding Programme in Kwara state, Mrs Bashirah AbdulRazaq, said the programme when fully commenced would boost the state economy, create more job opportunities and prevent malnutrition among primary school pupils.

There is no doubt about the fact that the project is people oriented and impact based, but the bone of contention is the sustainability of the programme. Nigeria and most African countries have beautiful programmes and projects in their blueprints but implementation and sustainability still remain a serious clog in the wheel of recording successes and enduring stories.

Government should not handle the programme with kid gloves if it is serious about it’s sustainability and more importantly to achieve the purpose for which the idea of the programme was conceived about five years ago.

1.  The Home Grown School Feeding Programme started in 2015.
2.  It has created jobs for 107,000 cooks across Nigeria.
3. The Home Grown School Feeding Programme project is supplied by 200,000 farmers.
4.When fully operational, the project will provide 12 million childre across Nigeria, one hot mean a day.
5. So far 35 states have joined the programme.