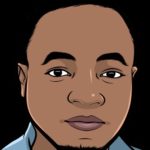 Perhaps, in the process of drama creation, various social aspects of human history are contracted and expanded in artistic reflection and refraction. In so doing, pleasure and entertainment are guaranteed not as sole, but additional benefit .

As posited in the preceding paragraphs, “OGBORI ELEMOSHO”, a play by Lere Paimo who goes by the stage name, “Eda Onileola/ Soun Ogunlola” does not only gift its viewer with history, pleasure and entertainment; it also deepens them in some of the arts and cultural practices of the Yoruba nation such as: “bata dance”, “pipa aroko ” (signs and signals)proverbs, monarchical system of govt, communal life, hunting, “Ijala(hunter chants)” etc. It’s a play that’s centred around robbery and unrest in precolonial Yoruba communities.

While Lere Paimo, who acted as “Soun Ogunlola” in the movie, played the lead role- the protagonist- in the movie, Fatai Adetayo otherwise known as “Lalude” [Elemosho] was the fealty antagonist. Both characters played their roles masterfully and laudably. Indeed, in that movie, they epitomised true thespians.

I have watched a handful of movies by both actors ; and I believe that they they displayed their best in “Ogbori Elemosho”. While Soun later played different roles, mostly that of a palace chief, in some other movies; Lalude maintains his role of being a warrior or herbalist.

Soun’s deft dance steps and agility, alongside his rapid rendition of incantations place him in a distinct class of his own. He understands the sounds of the bata drums and he dances to it with confidence and native mastery.

You can’t take the melodious Ijala voice away from him. He renders it in a gripping manner with a fitting cadential flow. One wouldn’t be crucified to mistake Soun for a hunter.

And his antagonist in the movie, Lalude, otherwise known as “Elemosho”, the spine-chilling and redoubtable character makes the movie attention-sustaining as one imagines what will become of him in the end. He was both invisible and invincible until Soun unraveled the mystery called “Elemosho” and decapitated him.

That Lalude was young in the movie might have informed his sporty and spirited performance. Elemosho (Lalude) did some impressive backflips that seasoned the scene where Soun engaged him in the last battle that marked his death. His head was severed and it was taken to the Alaafin,( a role played by Baba Wande), and songs of victory rented the air: the tormentor was dead.

In that movie, Elemosho is a wicked character that you wouldn’t want to die. His searingly high-pitched, penetrating and disembodied voice, steeped in incantatory punditry, announces his presence- the presence of death: He utters his malevolent signature “Iwooooo” and his victim(s) falls dead. His thrilling style of doing the aforesaid cannot but intrigue the audience.

This particular representation of historical reality is a drama that grips its audience with costumes, aesthetics, performance, and other brilliant artistic appurtenances that transmigrate them from the real world to the theatrical world where they a gifted with the history of the city of Ogbomoso, in south west Nigeria. OGBORI ELEMOSO successfully did that. It is a well-done movie, an artistic standard set in the 80s following an audio version. The quality of professionalism remains a reference point till date.