Price Haggling in the Nigerian Market 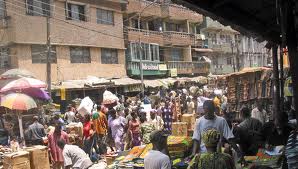 The igbos are known as the kings of business in Nigeria, and when you want to buy something from them the cost is usually doubled and even tripled atimes depending on the seller. When you want to buy something from an Igbo trader if he tells you the cost is #5,000 first of all have it in mind that, you you should not pay more than #2,500 for the commodity, but don’t just tell him/her the final price you want to pay, tell him something lower then #2,500 then after much talk before you tell him your final offer, and make sure you are willing to leave the shop before reluctantly making that offer.

Then the Yoruba people, they are widely know to be peace loving people, they don’t like stress, in as much as they want to make their profit, if a Yoruba seller tells you a commodity is #3,000 the lowest he can sell it to you is #2,000 and sometimes, depending on the seller, he would just tell you straight away that that’s the lowest it can be sold at.

The typical Hausa man basically doesn’t really have a profit target on any of his goods or what he sells. For instance if you want to buy a wristwatch from a hausa man, he would tell you the watch is #2,000, don’t panic just tell him you would pay #200 he would say pay #1,500 then make him a final offer of #350 he would tell you to pay #700 just as you about to walk away, he would call you back and sell it to you for #350. Even when you are about taking an okada (motorcycle) the hausa man would ask you how much you want to pay, then when you tell him, he would increase it, then you reduce it again till you both settle on a reasonable amount.

When trying to buy something in the Nigerian market, never praise a commodity in the presence of the seller as this would make him increase the cost, and also always have an amount limit in mind which you are willing to pay and always be ready to walk when the seller isn’t ready to reduce the price to a reasonable one. Most importantly, also go to the market with some change of your own, as most times the same seller would say they have no change, just so that you would leave it for them.

You would be sweet talked by the seller on why it’s expensive and some sellers would even go as far as telling you their own gain in the product, but the truth is the last thing they care about, is your pocket.

One thought on “Price Haggling in the Nigerian Market”