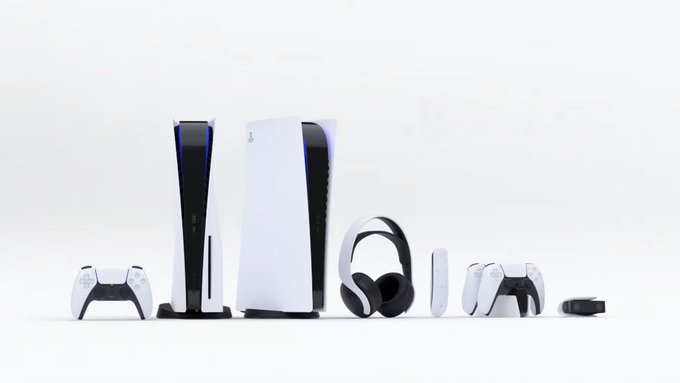 June 11, 2020, was an interesting day for games as Sony revealed the design of the PlayStation 5 console with some titles of the adventure the game will play.

Two things that were exciting about the look of the PlayStation was :

The new controller – the adaptive triggers offering deeper and more meaningful feedback for gameplay.
The super-fast loading console, unlike the previous console, that one has to wait for some minutes to get into the real action.

We also recall Xbox producers also plan to release its latest version of Xbox “Series X” before the end of the year.

We recall that seven years ago, PS4 outsold the Xbox One globally by more than a 2:1 margin. Could this be a rematch for the Xbox console?

Releasing the two consoles in the same year could be a fierce rivalry on both console manufacturers, attempting to test each popularity and which would sell more.

Although there’s still a lot of unanswered questions about the PlayStation 5 console, (price, release date, many games critics have commented that Sony had done the right things with the PlayStation 5 release event.

The release event showed an hour of games to be released alongside the latest console with popular titles and new franchises from its biggest first-party studios for one hour.

Millions of game adventurers took to the twitter street immediately after the release event to analyse the look of the latest console.

While some said the new console looks very much like a “wi-fi router” others have given a series of funny interpretations of a “fridge” to the new look.

So are you guys getting the Mini Fridge or the Wifi Router? pic.twitter.com/vO0i0lA4Xq

When will the console be on sale?

Seven years after PS4 release, Sony has revealed that PlayStation 5 will be on sale by late mid-2020.

The new console would be customised with a hard drive that will make it possible to radically reduce load times. In contrast to Microsoft’s approach, which will first release new first-party games, on both its current and next-gen consoles, Sony is building a library of launch titles that will be available on its next-generation machine.

Strictly adhering to these challenging times to social distancing, Sony streamed a pre-recorded video as against its traditional way of hosting a live event.

The video was broadcast at 1080p resolution, much lower than the PS5 is capable of.

Coupled with the release of new adventures, there will be a continuation of some of the adventures on the previous console. For instance, the new Spider-man game acts will be a follow-up but advanced version of the Marvel superhero.

There is a slight change in the protagonist of the previous console. In the PlayStation 5 Spider-man adventure, Miles Morales the Afro-Latino plays the protagonist rather than Peter Parker. The screened trailer showed Miles Morales fighting and web-slinging through New York, showing off snow and electricity particle effects that would not have been possible is such detail on Ps4. Other characters that featured in the latest version of the adventure include, Aloy, Zero down.

Also, in the forbidden West, the heroine was shown swimming underwater as what appeared to be a robot crocodile passed overhead, and battling against robot dinosaurs.

Oddworld: Soulstorm was quite a surprise, it brought back the former slave turned hero Abe, in a series that dates back to the original PlayStation.

Project Athia, which features a female protagonist on an alien planet who has to survive in a world populated by strange creatures

Death loop, which centres on two competing assassins battling within a “time loop”, which is being developed by Arkane Lyon, the makers of the Dishonored series

Pragmata, a sci-fi adventure whose trailer showed a robot girl and a man in a flying suit tackling a spaceship that had reversed gravity, which ends up transporting them from planet Earth to the Moon. It is not due for release until 2022

The PlayStation 5 has experienced a series of critics from both sides, while many have argued that most of the adventure was a repetition of previous adventures with better graphics. Many further express that there’s nothing much than improving the audio system with an upgraded 3D animation.

But overall, Sony spent an hour getting a larger audience excited with the release event.