Obaseki may not participate in the PDP primary election 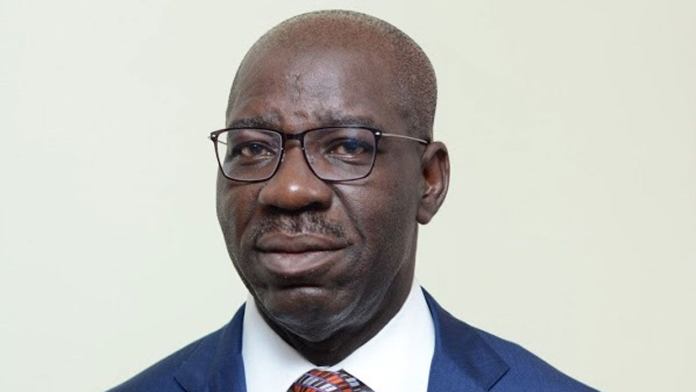 A Federal High Court on Monday, June 2, has stopped Edo State Governor, Godwin Obaseki from participating in PDP’s governorship primary election. This means that the Governor’s bid for a second term in office has hit a roadblock.

The court order came up after the opposition party PDP expressed that APC’s candidate can’t compete with any of its aspirants.

The court order came after Justice E.A Obile of the Federal High Court in Port Harcourt stopped the newest member of the PDP from participating in the party’s primary election scheduled for Thursday, June 25.

We recall that a motion was filed by a member of the opposition, Omoregie Ogbeide-Ihama sought a court to stop Secondus and PDP from allowing Obaseki to buy the forms for the Edo state governorship primary.

“A Federal High Court has stopped Governor Obaseki from participating in the PDP governorship Primary. The party’s national chairman, Prince Uche Secondus PDP, Independent National Electoral Commission (INEC), chairman of the party screening committee, Kingsley Chinda, other members of the committee, and Obaseki were listed as defendants in the case”

Justice Mobile had granted an interim injunction as requested as hearing in the matter case which was adjourned till Wednesday, June 24. The PDP had earlier announced a waiver for Obaseki who joined the party on Friday, June 19 to enable him to participate in the primary election. Obaseki was screened by the party’s committee on Saturday, June 20.

Gideon Ikhine a PDP aspirant has earlier stepped down from the governorship primaries for Governor Obaseki, the PDP aspirant announced his decision on Monday, June 22 at his campaign secretariat in the state capital, Benin city.

Governor Obaseki, the PDP state party chairman, Dr Tony Aziegbemi and other party leaders from across the state were in attendance at the briefing. Ikhine had said Obaseki’s defection to the party as God’s great answer to the party and his aspiration.