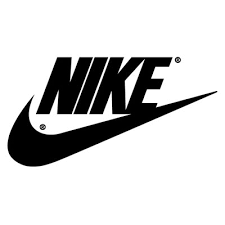 Maria Yuryevna Sharapova is a Russian professional tennis player, who is currently ranked world No. 7. Also the highest paid female athlete with income from tennis, endorsements from companies like Nike.
Nike suspend Maria Sharapova contract after five-time grand slam winner reveals failed drugs test at the Australian Open. Nike and sharapova has been involved together since the tennnis star was 11 years.

The 28-year-old Russian revealed on Monday that she had tested positive for meldonium following her quarter-final defeat against Serena Williams at the Australian Open in January.
Meldonium, which Sharapova said she had legally taken throughout her career, was placed on the banned list by the World Anti-Doping Agency (WADA) at the beginning of the year following ‘evidence of its use by athletes with the intention of enhancing performance’.


Nike who has suspended its relationship with Maria Sharapova after the five-time Grand Slam tennis champion admitted failing a drug test. The company said it was “saddened and surprised” at her admission that she tested positive for a banned substance at the Australian Open in January. “We have decided to suspend our relationship with Maria while the investigation continues,” it said, “We will continue to monitor the situation.”