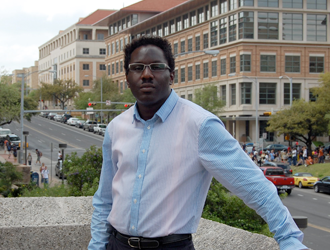 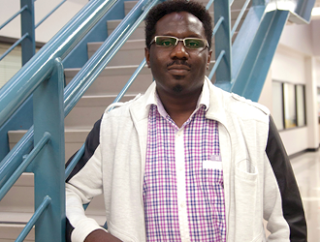 Prof. Akinwande is an associate professor in electrical and computer engineering and the Jack Kilby/Texas Instruments Endowed Faculty Fellow in Computer Engineering in the Cockrell School of Engineering at The University of Texas at Austin.

Earlier in the year, precisely in February Akinwande was named by President Barack Obama, as one of the recipients of the 105 recipients of PECASE awards.
He is currently an Associate Professor with the University of Texas at Austin. The current focus of his research explores materials and electronic systems based on 2D atomic layers. He is a co-inventor of a high-frequency chip-to-chip interconnect and an electrically small antenna for bio-electronics.

Speaking to the newsmen on Monday, Akinwande said he was awarded by Obama on May 5, 2016, at the White House, where the 105 researchers were hosted.
According to the White House, Akinwande was awarded for his “outstanding research accomplishments in nanomaterials, graphene device physics, and opto-electronics, and for dedication to the education of future scientists and engineers.”

Now in its 20th year, the Presidential Early Career Awards are coordinated through the President’s Office of Science and Technology Policy, which selects winners “for their pursuit of innovative research at the frontiers of science and technology and their commitment to community service as demonstrated through scientific leadership, public education, or community outreach.”

Prof. Akinwande is known for his groundbreaking research on nanomaterials, sensors, devices and flexible technology. He is considered one of the top researchers in the world in the areas of graphene, silicon electronics and 2-D nanomaterials for use in flexible electronics. In 2015, Akinwande created the first transistor out of silicene, the world’s thinnest silicon material, and he is continuing to advance the capabilities of computer chips and other electronics.

Announcing the winners earlier in the year, Obama said: “These early-career scientists are leading the way in our efforts to confront and understand challenges from climate change to our health and wellness.
“We congratulate these accomplished individuals and encourage them to continue to serve as an example of the incredible promise and ingenuity of the American people.”

According to NUJ Europe Chapter, Akinwande, who grew up in Opebi Allen in the Ikeja area of Lagos State, left Nigeria as a teenager in 1994, and his novel idea was aimed at building more energy efficient electronic chips to make mobile phones last a week or two without charging.

According to University of Texas at Austin, Deji Akinwande received the PhD degree in Electrical Engineering from Stanford University in 2009, where he conducted research on the synthesis, device physics, and circuit applications of carbon nanotubes and graphene. His Master’s research in Applied Physics at Case Western Reserve University pioneered the design and development of near-field microwave probe tips for nondestructive imaging and studies of materials.

Prof. Akinwande has been honored with the inaugural IEEE Nano Geim and Novoselov Graphene Prize, the NSF CAREER award, the Army and DTRA Young Investigator awards, the 3M Nontenured Faculty Award, and was a past recipient of fellowships from the Ford Foundation, Alfred P. Sloan Foundation, and Stanford DARE Initiative. He is one of the directors of the NASCENT ERC center at UT Austin.

He recently co-authored a textbook on carbon nanotubes and graphene device physics by Cambridge University Press, 2011. His work on flexible graphene systems was selected as among the “best of 2012” by the nanotechweb online technology news portal and has been featured on MIT’s technology review and other technical media outlets.