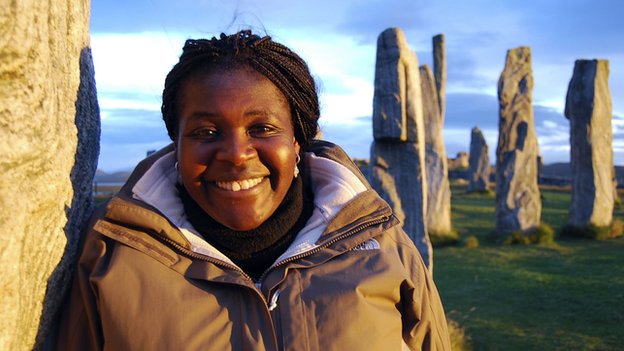 Dr. Aderin-Pocock is one of the leading space scientist in the world, who fell in love with space by watching a children’s TV Show called “The Clangers”, now, Dr. Aderin is the new presenter of a space TV show, “The Night At Sky”.

Born in 1968, Dr. Aderin-Pocock being a black female engineer, worked largely in a male dominant world, as it was rear to find a female engineer of her race.

Growing up, her parents got divorced when she was just four years, she then attended several schools in London, and atimes she was looked down upon. She was put in remedial class, and people assumed she wasn’t going to make it, which was a bit depressing.

She found reading and writing quite difficult, but she didn’t let this hinder her, as she did well in science and this was what according to her, “saved me”.

With the encouragement of her Nigerian father, she graduated from school and went on to gain a physics degree and a PhD in Mechanical Engineering at Imperial College, London.

Her first job was at the Ministry Of Defence, where at first she was being mistaken for the coffee lady, but there she worked on landmine detectors. Her ability to get her message about her passion across easily, got her enlisted by BBC for TV series, “Do We Really Need The Moon?” and “In Orbit: How Satellites Rule Our World”

All of these didn’t go unnoticed, as in 2009, she was recognized with an MBE for services to science and education.

Dr. Aderin-Pocock knew that enthusing children about the wonders of the universe was key, hence she started up her own company called, Science Innovation Ltd, which has now visited about 100,000 pupils at schools around the country.

Despite her success in her field, it’s on record that only 13% of all Science, Technology, Engineering and Mathematics (STEM) jobs in the UK are occupied by women.

Dr. Aderin-Pocock reveals that her dream is to one day travel to space and live the rest of her life on Mars