Spiritual meaning of dreams and its interpretation 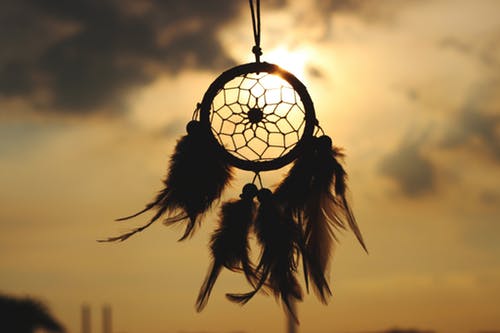 It is a fact that dreams are important factors of human existence. It is also a fact that in many parts of the world, dream interpretations are very controversial.

Dreams mean a whole lot to one’s physical world. Dreams are like a little portion of the activities of the spirit realm made available to humans.

This spiritual realm controls the physical. That is why many individuals gifted with the power of dreams and their interpretations see what would happen in the physical world through dreams, make effort to find the right interpretation for such  dream, and take necessary steps in respect of the dream.

“Hall of fame boxer Sugar Ray Robinson backed out of a fight because he had a dream that he was going to kill his opponent in the ring. After a priest and minister convinced Robinson to fight, Robinson went into the ring and killed his opponent, Jimmy Doyle”

It is a fact that things do not just happen to humans ordinarily, some unseen supernatural forces are beyond human comprehension. This supernatural force controls our reality. That is why the people we meet in reality are never coincident either good or bad. We are being connected to them by a divine force as a result of what has happened in the spiritual.

For instance, when one dreams and finds himself/herself  perhaps  their old house from childhood, or they find themselves in the dream as a child playing with unidentified set of people, check that person in reality! he/she might be lagging behind in some aspect of life such as career, financially, or any other aspect of life. such person is growing in the physical world, but not in the spiritual world.

What is the interpretation of such a dream? It means that such a person could be a grown adult in the physical world, but still very young in the spiritual, therefore, might be lagging among his peers in the physical.

Another example is when people find themselves eating in the dream, it is not just a food, it is a poison that has been decorated to one’s favorite in the physical. It is a common way of inserting mysterious sickness into one’s body in the spiritual world.

Having sex regularly in the dreams, does not happen as a result of the urge for sex in the physical, it is an act that carters away blessings or breakthroughs in the physical. This is very common among many individuals in the world. It means a whole lot in the spiritual realm.

Research has shown that human success or breakthrough in life is determined by the level of breakthrough one experience in the spiritual world.

Unfortunately, millions of people do not pay attention to their dreams. Dreams are mobile pictures activated in one subconscious mind when asleep. In dreams there’s plenty of encoded divine messages, dreams are platforms that educate, edify, refocus, redirect and guide one’s actions in the physical. It warns people on what one should do and what one should not do.

However, it is good to dream, but more important to remember one’s dream and have an adequate interpretation of such a dream.

Many times when people dream, a good interpretation of dreams throws light on ways to go about a particular project, problem or a warning and possible solutions for an incoming storm or travails.

That is why one should take dreams interpretation seriously.

Meaning and facts about dreams

1.When we have a particular dream often, such a dream is either telling us something or calling our awareness to a particular vacuum in our lives that needs to be filled.

2. Dreams represent one’s, spiritual monitor. It tells what’s going on in one’s life in the spirit.
Every dream has an interpretation that is peculiar to the dreamer or loved ones.

3. Dreams can be a prophetic instrument to give one direction. Dreams can be divine parables revealing the supernatural plans rather than as being destined to one’s life and revealing negative plans that may likely happen.

4.The land of dreams is as important as the physical. They are means of divine revelation because of this, Satan is very much at interesting and refocusing our dreams.

5. A dream is like a window to open to the spiritual world. That’s why when covenants are formed in the dream, it can be a serious problem.