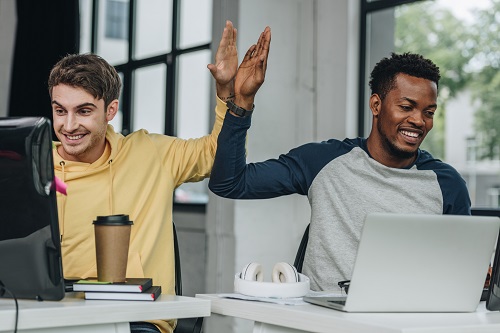 Coding is one of the most popular tech skills, not just in Nigeria, but all over the world. It is common advice almost everywhere. Maybe you were advised to learn the skill too.

By now, you would understand that to learn how to code, you need to be intentional. This article will lead you into understanding all you need as a beginner in programming or coding.

Communication between humans is possible because they have a certain mode by which they make their thoughts known. These are known as languages.

Consequently, computers have languages they act upon to carry out their functions. Computers don’t understand human language, humans do not understand computer language either.

This is where programming and coding come in.

Programming and Coding are often used, one in place of the other. However, these entries are different.

Coding is communicating with the computer by writing a set of instructions using simple tools. Usually, coding involves only one language and is used for simple projects.

It is important to know that all programmers are coders. However, not all coders are programmers.

Programming is also writing a set of instructions to communicate with the computer and then describing how a program or function should be performed. Data structures and algorithms are important.

The difference between Programming and Coding is seen in the fact that coding is always for simple projects. While programming covers a large area of creating programs and complex projects.

The Basic Element of Coding or Programming

Certain things need to be known before a person can begin to code. You can’t wake up one day, pick up a laptop and start to code. A process needs to be covered.

The low-level language is also known as machine language. This is the language of computers, difficult for humans to understand.

However, there is the high-level language that acts as the bridge between humans and computers. These contain languages like Fortran, SQL, C++, Java, Javascript, and the like.

Programming languages used for coding usually need a translator or interpreter, because they communicate what to do, but not how to do it. Such are HTML, CSS, etc.

But the programming languages used for programming create a complete project and program, hence they communicate what to do and how to do it to the computer.

Summarily, these languages are high-level languages because they act as a bridge. But with programming, it is more complete.

The basic element of code or program is the programming language. To learn to code is to learn the language involved in coding.

Before you can start to code, as a beginner in the field of programming, you need to decide what you need to do and thereby decide the language you need to learn.

The first thing to do as a beginner is learn a programming language. In addition to these are some other skills you need to keep close.

Skills You Need as a Beginner in Programming or Coding

While language is the basic element a coder or programmer needs as earlier discussed, these skills mentioned below are also important.

Patience is key in the field of technology. Writing codes and instructions for the computer will not always be without error. If you don’t learn to be patient, frustration won’t be far from you.

Communication is key, not only in relationships but where coding is involved. Learn to have a proper rapport with fellow coders. Learn to share the problems you encounter and seek advice from experienced personnel too.

3. Be a Problem Solver

Using programming languages, and creating programs, involve providing solutions to problems with a computer. To be a successful coder, you need to embrace the art of solving problems.

4. Learn to work seamlessly in a team

Teams are common when it comes to programming. Because there are different sides to it, especially when it’s a complex project.

The back end, front end, and UIUX are some of the different parts involved. Since one person working on these might be too much, a team is usually created.

If you work properly in a team, coding life would be made easier for you.

Why Should You Learn To Code?

You shouldn’t jump into coding just because someone advised you. Or you can see others earning a lot by spending time on their laptops or computers.

Having a definite reason to learn helps you have a greater vision. The consequent list gives some reasons why you should learn to code.

● Learning to code is learning a skill, a lucrative one at that. It adds to your portfolio.
● Coders and Programmers are definitely one of the highest-paid personnel out there. In addition, learning the skill gives you another avenue to earn money.
● Fun. Coding becomes fun when you have understood the basics and overcome the complexities. You can learn to code to give yourself something to be happy about.

Become a Coder or Programmer Today

Finally, people may have a lot to say about how difficult and complex coding is. However, what you need to understand is that practice makes perfect.

Create the time to learn a language as established in this article. Once the basic element is covered, the problems in the journey become stepping stones. Don’t stall, start learning today.