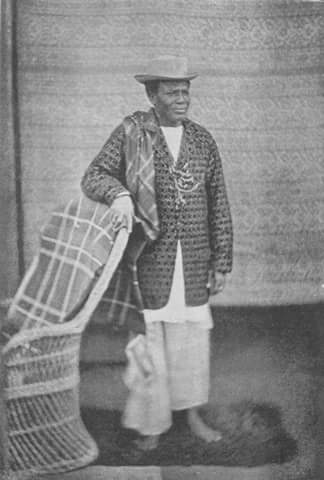 Born in Igboland and sold as a slave to a Bonny trader at the age of twelve, he was named Jubo Jubogha by his first master. He was later sold to Chief Alali, the head of the Opubo Annie Pepple Royal House. Called Jaja by the British, this gifted and enterprising individual eventually became one of the most powerful men in the eastern Niger Delta.

The Niger Delta, where the Niger empties itself into the Gulf of Guinea in a system of intricate waterways, was the site of unique settlements called city-states.

From the fifteenth to the eighteenth century, Bonny, like the other city-states, gained its wealth from the profits of the slave trade. Here, an individual could attain prestige and power through success in business and, as in the case of Jaja, a slave could work his way up to head of state. The House was a socio-political institution and was the basic unit of the city-state.

In the nineteenth century—after the abolition of the slave trade in 1807—the trade in slaves was supplanted by the trade in palm oil, which was so vibrant that the region was named the Oil Rivers area.

The Houses in Bonny and other city-states controlled both the internal and external palm oil trade because the producers in the hinterland were forbidden to trade directly with the Europeans on the coast; the Europeans never left the coast for fear of malaria. 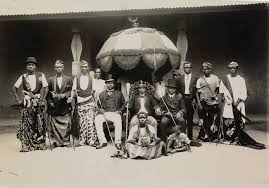 Astute in business and politics, Jaja became the head of the Anna Pepple House, extending its activities and influence by absorbing other houses, increasing operations in the hinterland and augmenting the number of European contacts. A power struggle ensued among rival factions in the houses at Bonny leading to the breakaway of the faction led by Jaja. He established a new settlement, which he named Opobo. He became King Jaja of Opobo and declared himself independent of Bonny.

Strategically located between Bonny and the production areas of the hinterland, King Jaja controlled trade and politics in the delta. In so doing, he curtailed trade at Bonny and fourteen of the eighteen Bonny houses moved to Opobo.

In a few years, he had become so wealthy that he was shipping palm oil directly to Liverpool. The British consul could not tolerate this situation. Jaja was offered a treaty of “protection”, in return for which the chiefs usually surrendered their sovereignty. After Jaja’s initial opposition, he was reassured, in vague terms, that neither his authority nor the sovereignty of Opobo would be threatened.

Jaja continued to regulate trade and levy duties on British traders, to the point where he ordered a cessation of trade on the river until one British firm agreed to pay duties. Jaja refused to comply with the consul’s order to terminate these activities, despite British threats to bombard Opobo. Unknown to Jaja, the Scramble for Africa had taken place and Opobo was part of the territories allocated to Great Britain. This was the era of gunboat diplomacy, where Great Britain used her naval power to negotiate conditions favorable to the British.

Lured into a meeting with the British consul aboard a warship, Jaja was arrested and sent to Accra, where he was summarily tried and found guilty of “treaty breaking” and “blocking the highways of trade”.

He was deported to St. Vincent, West Indies and four years later, he died en route to Nigeria after he was permitted to return.

Ironically, Jaja’s dogged insistence on African independence and effective resistance exposed British imperialism and made him the first victim of foreign territorial intrusion in West Africa. The fate of Jaja reverberated through the entire Niger delta. Amazed at this turn of events, the other delta chiefs quickly capitulated.

In addition, the discovery of quinine as the cure for malaria enabled the British traders to bypass the middlemen and deal directly with the palm oil producers, thus precipitating the decline of the city-states.

King Jaja’s downfall ensured a victory for British supremacy, paving the way for the eventual imposition of the colonial system in this region by the end of the century.