Inside Alaba Market: The Influence of the Alaba Boys 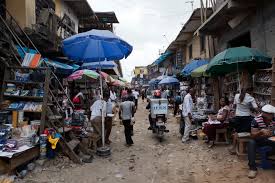 The Alaba International Market is Located in Ojo, Lagos, the economic nerve centre of Nigeria. The market is known widely as Africa’s biggest electronic market. In view of the fact that all electronics products, from communications, broadcasting, computers, televisions, videos, home appliances, refrigerators, musicals, video games to generators, satellite systems, general goods etc are available in this market, buyers throng this market from as far as Ghana, Niger, Chad, Togo, Benin Republic, East Africa etc. to make their purchases.

This is not the only thing alaba market is about. In Alaba market, different things go down!, the alaba boys can make you or break you.

When you release a song or a movie in Nigeria for it to sell, you first take it to the alaba boys for them to look at it and should they like it, you are made. 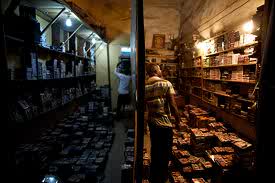 When you release a song or a movie in Nigeria for it to sell, you first take it to the alaba boys for them to look at it and should they like it, you are made.no hidden fact that these alaba boys are the culprits, what they do is when you release an album and you take it to them they sign a deal with you, now that deal is not to buy your songs in its original copy and sell, its to buy an original copy and pirate about 1 million copies, the deal you signed with them is just so you have given them the right to pirate your music or movie and you are also going to get some money from your work which they pirated. Just recently a popular musician, signed a N10 million deal with alaba boys.

If you think its wrong and decide not to enter into this deal, make sure you have a plan to protect your work from pirates, because if your work becomes a hit after you have spent millions to produce a song or a movie alaba boys are surely going to find a way to pirate your work and this time you won’t get a dime from it.

A musician in Nigeria once admitted to seeing the video of his song in alaba market before he even released it.

They are also responsible for making DVDs of so many musical videos or movies, both foreign and local in one disc for just N150

One thought on “Inside Alaba Market: The Influence of the Alaba Boys”