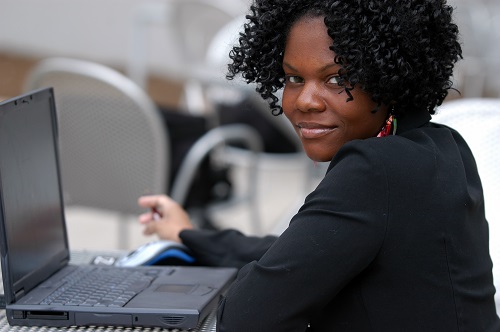 “Stronger macroeconomic policies are urgently needed to rebuild confidence and foster an economic recovery,” the Washington-based lender said in a report Thursday after a team visited Nigeria. There’s a “need for a front-loaded, revenue-based fiscal consolidation starting in 2017, to reduce the federal government interest-payments-to-revenue ratio to sustainable levels.”

The West African economy, hit by tumbling oil revenue and a severe shortage of foreign exchange, contracted in 2016 for the first time since 1991. President Muhammadu Buhari is trying to revive growth with a record 7.3 trillion naira ($23 billion) budget this year. He wants to raise $3.5 billion abroad to plug the deficit. The government issued a $500 million Eurobond on Wednesday as part of the 2016 budget, after raising $1 billion in February. Its debt-service costs doubled last year to 66 percent of revenue, the IMF said.
Economic Blueprint

Nigeria this month announced a four-year program to create 15 million jobs and boost growth to 7 percent by 2020 by pumping more oil, opening farmland and increasing investment in infrastructure. Gross domestic product will probably expand 0.8 percent this year and 1.9 percent in 2018, the IMF said.

Buhari’s team also wants to reduce the inflation rate to single digits from 17.8 percent in February. The central bank has kept its key interest rate at a record high of 14 percent since July.

10 Best And Trusted Commercial Banks In Nigeria – Your Money Is Safe, And You Get A Good Service

15 Safety Tips and Insurance for your Cryptocurrency