How To Overcome Video Game Addiction 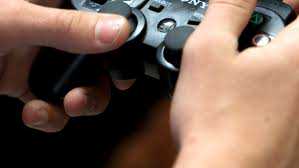 In an earlier article, I discussed how you can tell you are a gaming addict, and the effect it could have on the social life of an individual.

It won’t be right if after discussing such an issue without also discussing how to curtail it. So let’s look at how to come out of video gaming addiction.

The first step to redemption is accepting the current situation, you need to accept that you are an addict and only you is responsible for your problem and not the makers of the game.

Then after accepting the blame, identify the impact it has had on your life and now that you want out, look at the positives and were you want to be.

Now set limits for yourself, if you decide to spend 1 hour per day playing games, stick to it. And make sure you chose your games carefully, if you played games that have long gameplay between saves, you need to consider a different game.

Re-activate your social life. Start hanging out with friends who discuss things apart from games, get a girl to go on a date with, listen to songs that inspires the mind.

Get a hubby. Most gaming addicts are fat couch potatoes, get out there any get a new hubby, you can begin by playing football, basketball, tennis etc just do something that’s anti-addictive.

Every week, look back and see the number of hours you have put into playing games and compare it to the previous week and see the progress you are making.

Rome wasn’t built in one day, it’s a gradual process, don’t give up even if it seems the number of hours are not as you had planned it, just keep at it and eventually you would get there.