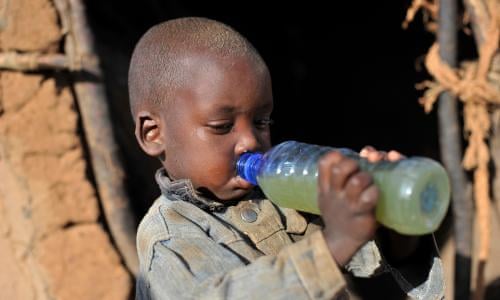 In Nigeria, it is a fact that poor access to clean water and sanitation constitutes a major factor to high mobility and mortality rate among women and children. Without access to clean water, the possibility of breaking out of the circle of poverty, particularly for women and young children under the age of five seems very impossible.

Hope Spring Water has recorded a tremendous breakthrough in changing the narrative of water poverty in Eastern part of Nigeria by implementing the #ClaimYourWaterRights Campaign which seeks to end water poverty through organizing and preparing Nigerians to advocate for their rights to safe drinking water. Also ensuring that the government takes genuine steps reviving decay in the Water and Sanitation sector. Donate to water charity Nigeria and help poor communities access clean, safe water.

Enugu known to be the capital of “Igbo land”(entire Eastern part of Nigeria) was selectively chosen as a lead State to implement the #ClaimYourWaterRights Campaign due to its perpetual water scarcity worsened by the State’s geography.
In many regions of the State, it is extremely difficult to access water. According to recent research, about 127 millions residents lack access to clean water, thereby leading to a high rate of mental and health poverty, and girls absenteeism from school.

In a bid to tackle this dilemma, Enugu State government on 23 of January 2020, declared a state-of-emergency in its Water, Sanitation and Hygiene (WASH) sector. Also, to fasten the process, an 18-member inter-ministerial committee was constituted to renovate the State’s WASH sector.
The declaration comes after a series of advocacy meetings between State officials, Enugu water utility providers, Ministry of water resources, and civil society organizations. The effort was to reinforce Nigerian citizens to safe drinking water.

According to the latest statistics on Open Defecation, Nigeria is the open defecation capital of Africa. Only 16 local governments areas out of the 774 L.G. that have been certified to be open defecation free, none of the Eastern States are included. It is expected that the declaration will aid Enugu to produce the first open-defecation local government in the region.

The declaration is a further manifestation of Hope Spring efforts to ensure access to save water to all. The #ClaimYourWaterRights team led by Hope Spring Country Director, Temple Oriaki will continue to engage the government at various levels to ensure that continuous campaigns and proposed plans are implemented.