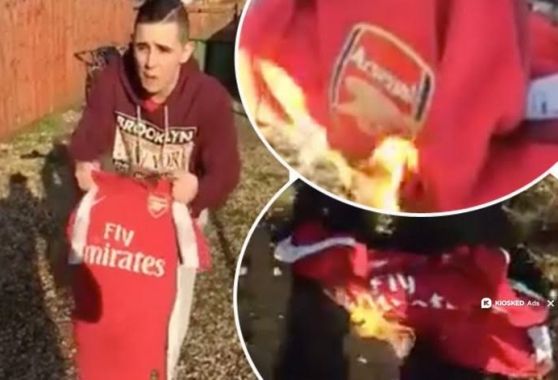 This Frustrated Arsenal Fan Burns His Jersey After Arsenal Are Knocked Out Of FA Title Race by Watford FC on sunday.
This leaves them with a very possible chance of a “No trophy season”. The result means Arsenal are now relying on a first league title in a decade to secure silverware this season, unless they can overturn a two-goal deficit against Barcelona in the Nou Camp in midweek.. This angry fan burn is jersey saying #wengerout

Watch the video after the cut.

This is a very angry and frustrated Arsenal fan.