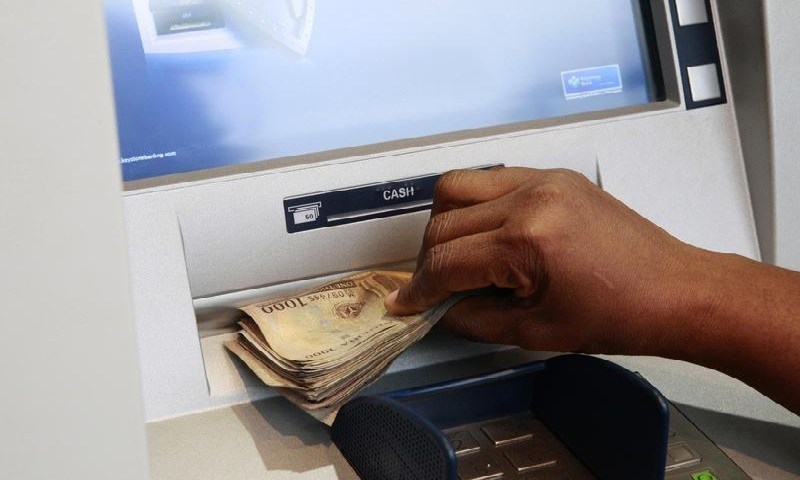 Just some days ago, Habanaija narrates the story of a man apprehended by the police for defrauding people through an automated teller machine (ATM). Today, a lady from Benin also shares her experience of how her mum was duped of a whooping sum of 500,000 thousand naira last night.

According to her, her mum went to the ATM to withdraw some cash. She tried her pin, perhaps the machine wasn’t responding . She saw a young man standing behind her, and turned to him to complain or vent basically.

Feigning concern,the man told her he is a police man and asked to assist her by trying again. Her mother being so trusting herself, gave the man her atm card. He inserted the atm card into the machine and told her that the card was stuck inside the machine, and should have to go into the bank to tell the staff of the bank. Since the bank was already closed, she reported to the security man guarding the venue of the bank about her stucked atm card. By the time she came out, the man had already left. Fast Forward to 12 midnight, she got a first transfer alert 300k. Then 100k… until there was only 30k left in the account.extremely about the alert, she got dressed then drove to town with her husband to make a police report. Unfortunately at that particular period of the day, the police couldn’t do much, since they were not sure of the ATM terminal he made the transfer.

At about 1am, he made another transfer. But this time, through a POS machine of an Estate hotel. Less than 15 minutes work from where the victim resides. The man had already paid for a room, and ordered food as well.

After a thorough inquiry about the POS payment and being sure that the man was lodging in the Hotel, they swiftly called the police and told them of their recent finding of the culprit,l in less than 30 minutes, the got to the hotel and checked the person who had lodged in as at the time the POS sent the alert. The print out had corresponded with the mother’s ATM card number. That was how the man was apprehended with the lady he made a first transfer of 300,000 thousand naira to.

The lady was allegedly meeting her for the first time yesterday, but they’ve been friends on facebook for a while. More ATM was also recovered from the man , which included that of the last victim.

According to the victim, it was luck that made them the criminals to be apprehended. If he had not played with the ATM card at the hotel, he might never be caught. I guess it was greed that finished him, he already had some cash with him, 7k was what gave him out.

Currently the man and the lady caught at the hotel are both having a very nice time in the police cell and would be prosecuted to the full extent of the law.

While Haba naija  commends the swift and timely response of the Nigerian Police,we also suggest that everyone follows the following advice in this perilous moments

Never for any reason ask a stranger to help you when operating an ATM  machine, it is very risky. Research has shown that many criminals purposely hang around ATM machine locations, some with guns looking for who to devour.

Use ATM locations that are always busy. Do not make a mistake of withdrawing from an ATM  location that has no security

Never allow a stranger or casual friend to transfer money to your account without prior notification of the purpose and source of the money.

Finally, do not help anyone you do not know to operate an ATM. If they ask you for help, tell them it is very dangerous to help a stranger operate an ATM machine. It is the most implicating thing you will ever do.

Note that all ATM machines have a  CCTV camera inserted to them. It captures the face of anyone who operates it 2/4/7.

5 ways to prevent becoming a fraud victim
1.  If you lose your ATM card, report it to you bank immediately
2.  Ensure you use ATMs provided by banks or at major institutions
3.  Always shield your PIN when withdrawing money
4.  Never tell anyone else what you PIN is
5.  Destroy documents that contains sensitive information about your bank accounts