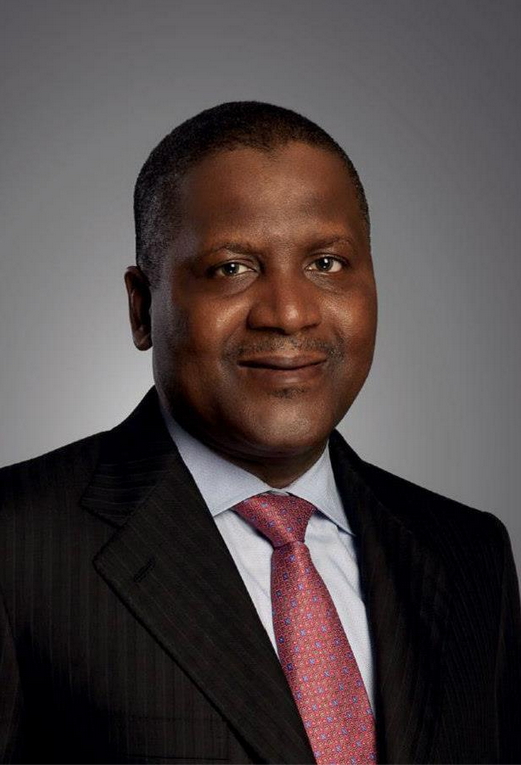 HAPPY BIRTHDAY TO THE AFRICA RICHEST MAN EVER. ALIKO DANGOTE

Aliko Dangote  (born 10 April 1957) is a Nigerian billionaire,who owns the Dangote Group, which has interests in commodities. The company operates in Nigeria and other African countries, including Benin, Cameroon, Ghana, South Africa, Togo, Tanzania, and Zambia. As of January 2015, he had an estimated net worth of US$18.6 billion. Dangote is ranked by Forbes magazine as the 51ST richest person in the world and the richest in Africa; he peaked on the list as the 23rd richest person in the world in 2014. He surpassed Saudi-Ethiopian billionaire Mohammed Hussein Al Amoudi in 2013 by over $2.6 billion to become the world’s richest person of African descent. 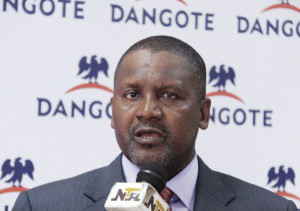 “He ranked first in Nigeria in Forbes Magazine’s 2008 list of the richest people in the world with a fortune estimated at 3.3 billion dollars and has since then rises to the 51st in the world (FORBES).
Aliko Dangote is the ‘golden child’ of Nigerian business circles. The Dangote consortium spans across numerous sectors of the Nigerian economy The Dangote Group supplies commodities like cements ,sugar, salt, flour , rice, spaghetti, fabric etc at very competitive prices.

As a nonpartisan and detribalized businessperson, he is generous to different political parties, religious groups and cultural institutions.

Apart from offering employment opportunities to elite graduates from different ethnic backgrounds, he reduces the level of crime by engaging youths who are school leavers in the area of transportation, product packaging, security amidst others.

It may possibly not be a wild assumption to say that all Nigerian has heard of his name due to the impact of his business. His goods are practically in most homes across the country. People who may not use his products might have passed a few of his trailers by the way.

He’s into exporting, importing, manufacturing, real-estate and philanthropy. All of these are combined together to form what is known as the Dangote Group.
At the helm of its affairs as president and Ceo is definitely a humble person called Aliko Dangote. The focus of his investments is food, clothing as well as shelter.

The Dangote Group imports 400,000 metric tonnes of sugar annually which makes up about 70 % of the total requirements of the nation and is a major supplier of the product to the manufacturers of Coca Cola, Pepsi Cola and Seven-Up in Nigeria.

Born in Kano, his grand father, the late Alhaji Sanusi Dantata provided him with a small capital to start his own business, as was the practice then. He thus started business in Kano in 1977 trading in commodities and also building supplies.

Alhaji Aliko Dangote moved to Lagos in June 1977 and persisted in trading cement and commodities. Encouraged by tremendous success and increase in business activities, he incorporated two companies in 1981. These as well as others that followed now make up the conglomerate known as The Dangote Group.

Dangote Group today is associated with diverse types of manufacturing with good revenues. Dangote textile and the Nigeria Textiles Mills Plc, which it acquired, produce over 120,000 meters of finished textiles daily. The group has a ginnery in Kankawa, Katsina State with a capacity of 30,000 MT of seeded cotton annually.

The sugar refinery at Apapa port, Lagos is the largest in Africa and in size the third largest worldwide with an annual capacity of 700,000 tonnes of refined sugar annually. It also has another 100,000 tonne-capacity sugar mill at Hadeja in Jigawa State.

Besides having significant investment in the National Salt Company of Nigeria at Ota, Ogun State, the group has salt factories at Apapa as well as Calabar, a polypropylene bagging factory which produces essential bags for its products, over 600 trailers for effective distribution network and goods meant for export can also successfully be transported to the respective ports.

A vehicle leasing unit with over 100 fully air-conditioned commuter buses, is also part of the Dangote Group. It is also into real estate with luxury flats and high rise complexes in Ikoyi, Victoria Island, Abuja and Kano. Dangote Foundation is the philanthropic arm of the group where yearly he spends millions for worthy causes such as contributions to educational and healthcare institutions, sinking of boreholes and giving of scholarships.

The Dangote Group has nationwide staff strength of 12,000 but on completion of on-going projects, it is expected to hit 22,000. Alhaji Aliko Dangote’s business success may be influenced by various factors. He seems to be broad-minded. Unlike some people, his Personal Assistant is Yoruba while his Head of Corporate Affairs is a Christian from Delta State.

READ ALSO:Interview With Star Nigerian Comedian I Go Save

In this encounter, Dangote talks about his driving force in business, the factors that have kept him above his contemporaries in business, his $800 million cement factory at Obajana, Kogi State and the N14 million mega company, which he and some industrialists have set up. Perhaps above all, his patriotic stance is commendable: “If you give me today $5 billion, I will not invest any abroad, I will invest everything here in Nigeria. Let us put heads together and work.”

As a self-employed person, with minimum basic education, he proves that business success is usually through strength of mind, honesty and perseverance; and not necessarily by obtaining Harvard-Oxford certificates or First-Class academic qualification. His managerial skills surely are the envy of economic professors.

Instead of stashing his funds in foreign accounts, a typical feature of fraudulent front and public office looters, Dangote invests wisely in the productive sector of the Nigerian economy.To deny that Dangote doesn’t have monopoly over a few of the commodities in the Nigerian market is to deny the obvious.

Recently himself and other notable Nigerians announced their intention to float a private sector mega company with the name Transnational Corporation of Nigeria (TCN), which amongst other things may acquire government-owned refinery, operate strategic state-owned coys and pioneer status in Agriculture &Information Technology.

He is said to have great intention of building a world sandard refinery in nigeria.