10 of The Best Must Play Playstation Games in Nigeria 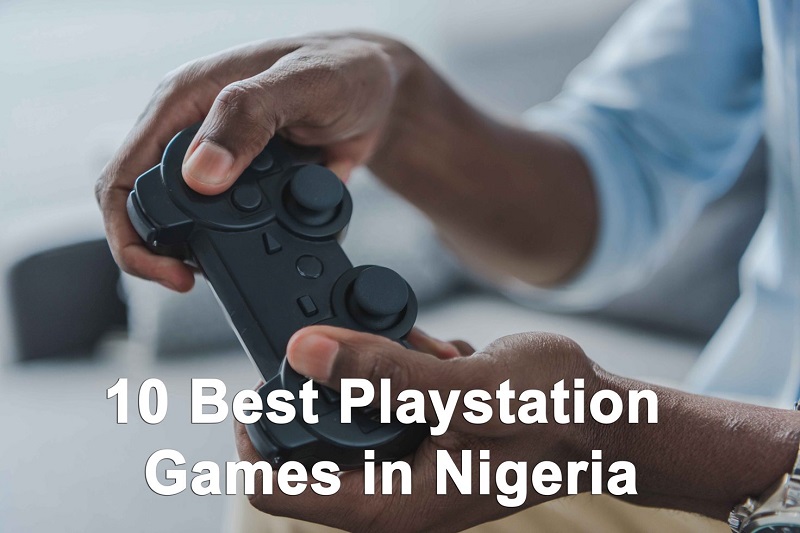 If you are a PlayStation gig, you will certainly agree with me on this. Every PlayStation console, from PS1, PS2, PS3, PS4, delivered some truly remarkable, brainstorming moments that touched the very root of all PlayStation console lovers, at aparticular moment in time.

This list is a synthesis of what several games gurus and PlayStation aficionados, including  Ayoola Davis Collins agree that are the most epic PlayStation games of all time. Here we go:

Is an action adventure game franchise created by David Jaffe at Sony Santa Monica games studious. The first edition was created in 2005. It is one of the most widely played adventures in Nigeria.

Review : The Combat was so intense and thrilling it kept me hooked in even the simplest of fights. All the skills you can get and the stances and combos you have at your disposal, was just incredible and the way you just have that feeling of being there in the fight was so cool.
I love the way that the more you progress through the story the more Atreus learns and adapts to the types of enemies he fought with you.

The game is the perfect blend of action and consistent blood that has been shed as a result of consistent violence between the ghosts and the living. The game is an over-the-shoulder action adventure game that dials down the pace and forces one to wallow is great fear. It’s pretty interesting to blow off a Zombie’s head with a gun.

Review : “Every stage of the adventure is action filled to the brim. You could have killed several Zombies at a scene, yet death still be waiting for the player at every door open”

This is an exclusive preserve of car race lovers. The need for speed games has always been something that changes strategy over time. At various times, it has been a police chase style, cannonball run style,realistic race tracker.

Review : The race game is full of interesting tasks like building your own car into an unstoppable beast, unlocking story missions, getting extra currencies for purchase e.t.c. Need for speed is definitely a fun filled adventure.

it is an action filled adventure title about a young boy who was kidnapped by strange or unknown circumstances. The adventure tells more on the encounter between the boy and a mysterious beast Trico amidst ancient ruins. A story about their journey together in the hope of escaping their mysterious predicament.

Review: “ though the design might be frustrating. However the design was completely an absorbing game that one does not wish to stop playing. This game and its soundtrack will live forever in the game world”.

Metal Gear Solid Fear is a love it or hate it sort of adventure. It is a combination of collective plotting, sense of human, stretched cinematic ambition. It is an intriguing adventure.

Review :“Metal Gear Solid 4 is a love it or hate it sort of adventure. It is a combination of collective plotting, sense of human, stretched cinematic ambition. It is an intriguing adventure”

Battlefield 3 is a first-person shooter video game developed by EA Dice. It is still one of the best battlefield games till date with quality gun play vehicles and lovely map details. The pilot part was so fantastic.

The witcher is a monster hunter adventure. In a bid to find his place in a world full of wicked beasts and creatures.

review : “the game took so much after the popular Game of Thrones series. Full of suspense. It is one of the best Rpg games ever made. Good storytelling that links to the characters, game mechanics and effective graphics design”.

Far Cry is a 2018 shooter game developed by Ubisoft Montreal. It has been regarded as the standalone  successor to 2014’s Far Cry 4.

Review: “Probably my favorite game of all time. The open world vibe,game play and visuals are very hard to match. You really get bored when playing the game. Every stage of the game gets challenging. I wish every game was enjoyable like Far Cry 5”

Inside is a puzzle-plat former adventure game developed by play dead in 2016 for PlayStation 4, Xbox one and Microsoft windows.

Review : adventure is a new standard for puzzle-platformer games. It was painstakingly designed that one never gets tired of the puzzle involved. It is a unique adventure with a frightening yet comforting atmosphere at the same time.

This is a multiplayer first person adventure developed by Treyarch. It was released by PlayStation 4, Microsoft Windows and Xbox One in 2018.

review : “it is very difficult to rise in the ranks unless you’re a guru with COD. This edition as left many COD players struggling with the levels”