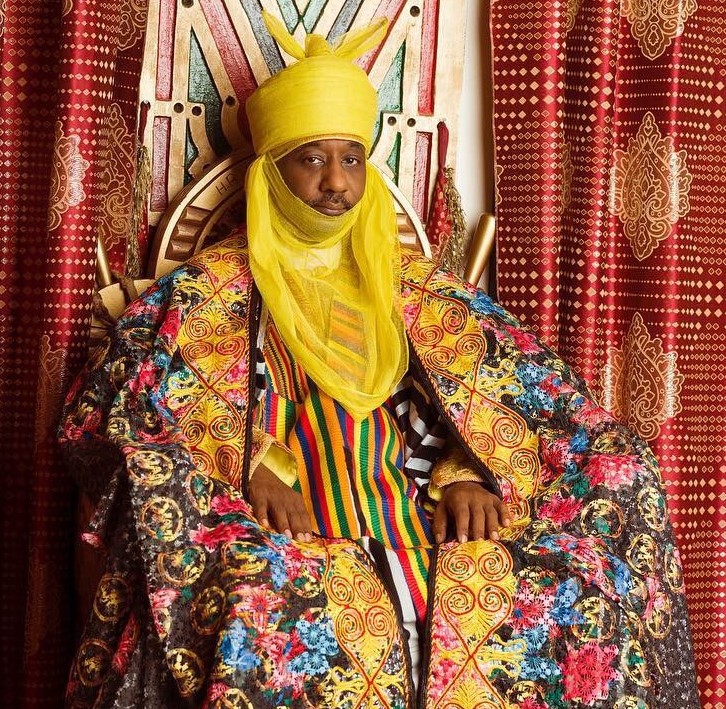 Muhammadu SanusI II the former Emir of Kano II s the latest Emir to join the list of dethroned Monarch in Nigeria History.
The Former Emir of Kano who served as the former Governor of CBN ( Central Bank of Nigeria) was dethroned by the Governor of Kano on the 9th of March for disrespecting lawful instructions of the Kano State governor and his consistent show of insubordination.

Umaru Tukur was one of the kings that fell casualty of untimely dethronement. After twenty years into his reign, he was dethroned by the then governor of Gongola state Yohana Madaki after a series of skirmishes between the both.
The governor issued an order removing Umaru Tukur as the Emir and chairman of Muri emirate council. Umar was further Banished to Mubi in the present-day Adamawa, Yola.

Emir of Kano, Emir Sir Muhammadu Sanusi 1, was the Emir of Kano from the year 1954-1963 until he was dethroned. The Emir once held the title of Ciroma Kano.
According to Nigeria pre-colonial history, Emir Muhammadu Sanusi held considerable influence in colonial Northern Nigeria. He hosted Queen Elizabeth II when the Queen visited Kano in 1956.
The political rivalry between Sir Muhammadu and the then Saudana of Sokoto, Sir Ahmadu Bello lead to the unfortunate dethronement and confinement in Azare 1963.

The former Deji of Akure, Oluwadare Adesina, was dethroned after the public tussle with his wife, Bolanle. an act that was widely described as public ridicule. Publicly shaming the revered stool of the throne.
The Ondo state government deposed Adesina in 2009, after invoking sections 17(1) and (2) of the state’s chiefs law, accusing him of conducting himself in the “most dishonourable, condemnation and disgraceful manner.

Sultan Ibrahim Dasuki was one of the dearly loved sultans of Sokoto. According to history, he was the first Sultan to introduce adult literacy and built 10 Quranic schools in Sokoto in the year 1990. Some Northern Islamic scholars regarded him as a man of peace.
This is because he attempted to Unite the disjointed Muslim Ummah sect. This is widely remembered for his restructuring of Jama’atu Nastril Islam and overhauling of the Nigerian Supreme Council of Islamic Affairs (NSCIA).
Some Islamic scholars have asserted that he influenced the appointment of Lateef Adegbite, who is a non-Hausa, to be the first Yoruba secretary-general of Nigeria Supreme Council of Islamic Affairs. In 1996, Sani Abacha (1993–1998) a Nigerian military dictator deposed Dasuki and installed Maccido on 21 April 1996.

Siyanbola Ladigbolu I was succeeded by Oba Adeniran Adeyemi in 1945. He ruled for exactly 10 years until he was dethroned and sent on exile by Chief Obafemi Awolowo the head of the Western Region Government for liaising with opposition NCNC, and for his conflict with Chief Bode Thomas the deputy leader of the Action Group. Adeyemi was sent on exile to Ilesha. Apparently, the current Alafin of Oyo is his son.

According to the groundwork of Nigeria history, the major reason why Oba of Benin Ovonramwen Nogbaisi was dethroned and exiled in 1897 was due to the unjust murder of James Philips, then acting consul-general, during a visit to the Benin Kingdom.
Though Ovonramwen was accused of several charges against the British government, the murder of James Philips led to his capture, tried following the British law before he was eventually sanctioned in 1897.

the 19th Emir of Gwandu, was dethroned by the Kebbi state government for allegedly inciting negative comments that were capable of threatening national security.”
He was also said to not be in good terms with other traditional rulers in the state, and had allegedly abandoned his throne and relocated to Kaduna with his family.

Among the earliest prominent traditional rulers dethroned was Ibikunle Akitoye, the Oba of Lagos who ascended the throne in 1841 but was deposed in 1845, with the involvement of his nephew Kosoko who later succeeded him as oba. Against the advice of his chiefs, Akitoye recalled kosoko to bring him back to fold, but the result was that he lost the throne to him but later got it back through the help of the British in 1851.
Part of what caused his travails, as was told, was his move to ban the slave trade, as local merchants, who were prominent slave traders, kicked against this and mobilized for his removal.

Olateru Olagbegi ruled as the Olowo of Owo on two occasions, first appointed in 1941 and later returned to the position in 1993.
His involvement in the regional crisis between the two western region leaders, Obafemi Awolowo and S.L Akintola. He ruled for 25 years before he was dethroned for taking sides with Chief S.L Akintola.
Interestingly, the Action Group was birthed in his palace about 10 years earlier, but a misunderstanding between the two leaders in the early 1960s saw the traditional ruler taking sides with Akintola.